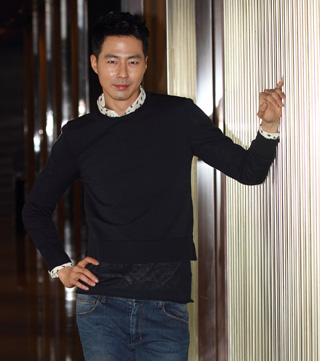 Actor Zo In-sung will hold a fan meet in Shanghai, China, on Saturday.

“His first fan meet event in China last year was successful thanks to love and support from Chinese fans, and we decided to visit China again this year,” said IOK Company, the 34-year-old actor’s agency, in a press release on Thursday. “Since the fan meet event will be held on White Day, we will make it different and special,” the agency added.

March 14 is White Day in Korea, a day for men to express their love to women by giving them sweets and presents.

The actor has a wide fanbase in China. He received the most popular foreign artist award from the country’s Esquire Man at His Best Awards last December.

He visited Bangkok last month to meet fans there.

Zo debuted in 1998 as a fashion model but has built up acting career by trying his hand at various characters, from an awkward college student to a gangster.

Most recently, Zo acted out the role of a best-selling author suffering from schizophrenia after he was traumatized by his violent father in “It’s Okay, That’s Love.”