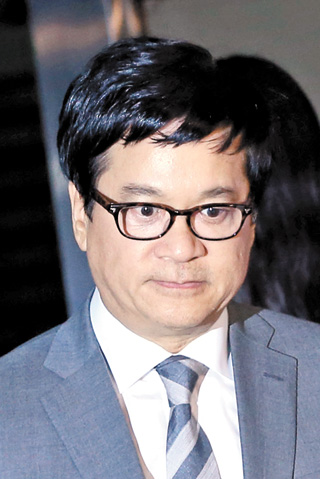 Lee Jay-hyun, the chairman of CJ Group who was convicted of financial crimes, is expected to step down as a director at two affiliates, a move that will only heighten the conglomerate’s prolonged management vacuum.

CJ won’t renew the term of Lee’s position at CJ Korea Express and Olive Networks during an annual general meeting of stockholders set for March 20, the company said Thursday.

Lee has an 11.35 percent share in Olive Networks but holds no stake in CJ Korea Express, a cargo delivery company. Olive Networks is in the IT solutions and cosmetics retail businesses.

The announcement came after Lee resigned as director at three affiliates - CJ E&M, CJ O Shopping and CGV - last year. Lee will be a director of only two units: CJ Cheiljedang and CJ Corporation.

An appeals court sentenced Lee to three years in prison last year for a series of financial crimes including embezzlement and misappropriation of corporate funds. He has appealed the sentence to the Supreme Court.

The chairman’s imprisonment has been suspended due to his deteriorating health, and his cousin Sohn Kyung-shik is acting as interim chairman.

The conglomerate, which is a dominant player in the entertainment, retail and food businesses, has had trouble laying out plan for investments due to Lee’s absence.

Entering this year, the group announced it won’t reveal any investment plan for 2015, citing Lee’s absence.

Stalled projects include overseas expansions of affiliates such as CJ Foodville, CJ O Shopping and CGV in China.