Looking to future, LG splashes out on its biggest R&D budget

Looking to future, LG splashes out on its biggest R&D budget 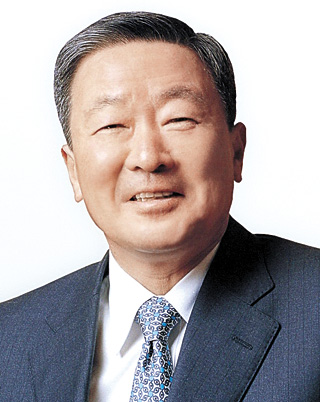 LG announced on Thursday it will earmark 6.3 trillion won ($5.6 billion) for research and development this year for all of its affiliates, its biggest R&D budget ever and 6.8 percent more than last year.

The decision by Korea’s fourth-largest conglomerate to invest big on R&D when other companies are cutting back is a bet on the future. The budget will be spent on developing technologies for goods and services that will become next-generation growth drivers.

“The capacity to develop materials and parts is getting ever more important given the latest trend of businesses spilling over traditional boundaries,” said LG Chairman Koo Bon-moo at LG Electronics’ Seocho R&D Campus in Yangjae-dong, southern Seoul. “You are encouraged to do your best to bring changes a step ahead of others and develop core technologies.”

Koo was attending an annual company event in which developers and researchers from affiliates including LG Electronics, LG Display and LG Chem presented their R&D results and products for the past year. Groups of researchers were awarded “LG R&D Prize” in 23 R&D areas, and 46 employees with outstanding achievements were promoted to the executive level.

The grand prize went to a team that redesigned WebOS, a Linux kernel-based multitask operating system for smart devices like TVs, and applied the revised version to LG Smart TVs. The WebOS-embedded smart TVs went on sale in February 2014 and were hugely successful. They sold over 5 million sets in eight months.

Starting this year, the operating system was put in all LG Smart TVs.

Other fields of research that received awards included next-generation car parts such as batteries for electronic automobiles and energy solution technologies.

Last year LG Electronics had 59 trillion won in revenue, up 4 percent from a year earlier, and operating profit soared 46.4 percent on year to 1.8 trillion won.

Considering that LG will spend 1 trillion won on the construction of LG Science Park in Magok, western Seoul, to become the country’s largest R&D complex, the conglomerate will be spending a combined 7.3 trillion won in R&D activities that will not produce immediate results.

By comparison, Samsung Electronics’ audit statement showed it spent 15.3 trillion won on R&D last year, which accounted for 7.4 percent of its entire revenue for the year and was an increase of 3.7 percent from a year earlier.