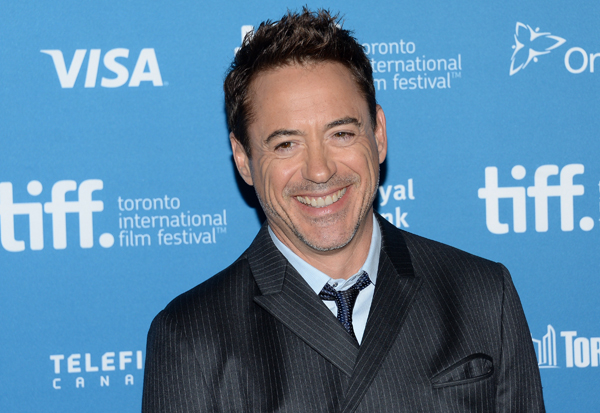 LOS ANGELES — Just like Tony “Iron Man’’ Stark, Robert Downey Jr. is a part-time superhero — at least in the eyes of one seven-year-old boy.
In a video posted online Thursday, the actor, dressed as Stark, who becomes Iron Man in the movies, presents a working bionic prosthesis to 7-year-old Alex, who was born with a partially developed right arm.
Downey opens a pair of metal cases marked Stark Industries, revealing an Iron Man arm and a smaller, red-and-gold prosthetic arm for Alex.
The little boy, wearing a black shirt and red bow tie, sheepishly acknowledges in the video that he’s having an exchange with Iron Man, whom he also identifies as “Robert.’’
The bionic arm Alex received was created by engineering student Albert Manero, who builds and donates 3-D-printed bionic limbs to kids around the world.
Manero has been working with Alex’s family to perfect the digital arm, which Alex moves by flexing his biceps.
Each bionic limb Manero builds takes 50 to 70 hours of printing time and about 12 hours of assembly, he said.
His company, Limbitless Solutions, aims to eventually put 3-D printers in embassies around the world so children who live in countries without advanced medicine can benefit from Manero’s designs.
The video was produced by the Collective Project, a social-media outreach program that gives students like Manero a greater presence online in hopes of inspiring others. AP