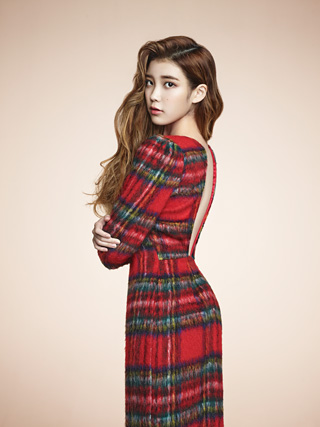 Soloist IU will sing the theme song for the new reality TV show “Take Care of My Father.”

According to industry insiders, IU already finished recording the track last week for the program in which celebrity fathers in their 50s and 60s are filmed spending time with their grown-up daughters.

Comedian Lee Kyung-kyu, one of the hosts of talk show “Healing Camp,” and actor Cho Jae-hyun of the drama series “Punch” are some of the celebrity fathers who are taking part in the show.

Two pilot episodes of the program aired during the Lunar New Year holiday last month and earned the highest viewership of all the shows televised during the red-letter days.

SBS, the show’s broadcaster, decided to air it as one of its regular shows starting Saturday.

Since the program features fathers in their 50s and 60s and their daughters who are in their 20s, the production team thought IU, who turned 22 this year, was the best fit for the show’s theme.

IU debuted in 2008. She is one of the most successful and prolific soloists in Korea, but it will likely take some time for her to release a new album because she was recently cast as an actress for the drama “Producers.”

In the series set against the backdrop of a broadcasting station, IU will play the role of an A-list singer just like herself in real life.