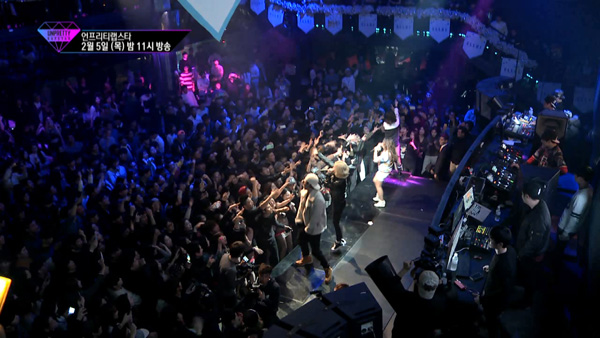 Screen captures from Mnet’s “Unpretty Rapstar,” in which female rappers compete with each other to win opportunities to feature on tracks composed by prominent musicians. Provided by Mnet

Rap has never been the mainstay of the country’s music scene, which revolves heavily around pop.

But the genre has been gaining attention in recent months thanks to the TV show “Unpretty Rapstar.”

Nobody anticipated how much of a hit the program would be with its focus on female musicians performing rap battles, which have hardly been highlighted by the Korean media before.

The female rappers taking part in the show were surprised it was even being produced. 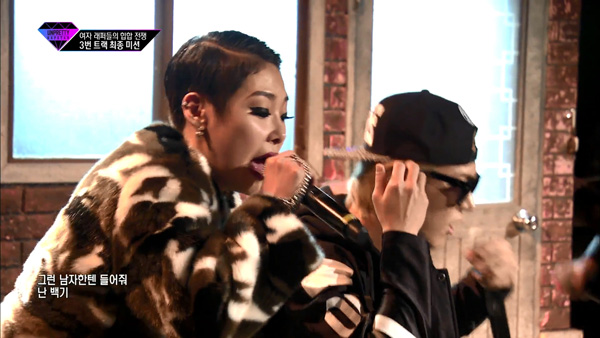 Screen captures from Mnet’s “Unpretty Rapstar,” in which female rappers compete with each other to win opportunities to feature on tracks composed by prominent musicians. Provided by Mnet

“I never imagined the show would be able to gather nine female rappers because there are not that many female rappers who are active in the music scene,” said Tymee, one of the participants on the show, during a press event last Wednesday in Sangam-dong, western Seoul.

The musicians are given a mission each week. The winner of each task earns a chance to rap on a track composed by a famous hip-hop musician.

The songs will be released later as a compilation album.

For the nine rappers, who are mostly obscure musicians, the show is a chance for them to carve out a name for themselves.

The league of female rappers was foreign to most viewers because the genre they specialize in has been heavily dominated by men.

But “Unpretty Rapstar” has succeeded in attracting audiences with their fierce and competitive verbal battles after the first episode began airing on Jan. 29 and has brought much-needed spotlight to the female rappers who lack outlets where they can show off their skills.

“I’m so glad I’m being recognized. I always wanted to be busy,” laughed Cheetah, another member of the show.

Han Dong-cheol, the chief director of the program, said, “If you know a good place to eat, you feel like introducing it to your friends.
“I wanted to introduce the music of these rappers because they’re good, but the public tends to consume a certain type of music. If the show comes to an end, the fuss [over rap] will fade away, but if these musicians keep producing good music, people will remember them even after the show.” 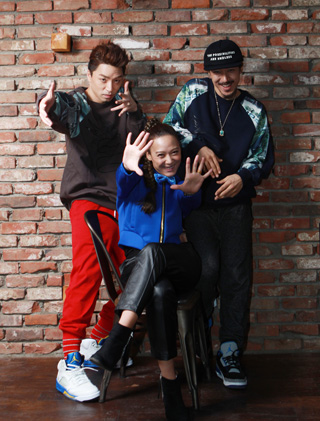 The weekly TV program, airing on Mnet on Thursday nights at 11 p.m., has two episodes left, but the production team has decided that a second season will be made based on the first season’s success.

Despite the program’s triumph, some critics say shows like “Unpretty Rapstar” and “Show Me the Money” approach rap and hip-hop in a shallow way by highlighting certain provocative aspects of the music. 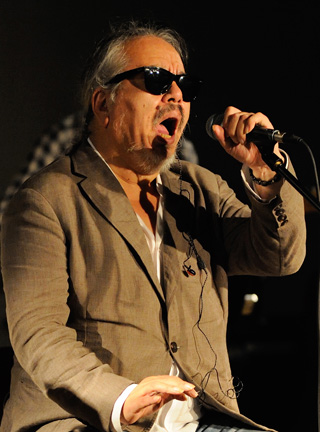 Hip-hop critic Kim Bong-hyun declined to comment on “Unpretty Rapstar” when the Korea JoongAng Daily contacted him, but he has previously clarified his stance on the second season of “Show Me the Money,” which inspired the creation of “Unpretty Rapstar.”

In a column published on his website in July 2013, Kim wrote, “I hoped the show would end with a great ending as one of the hip-hop aficionados but the nature of hip-hop music and a typical format of a survival show clashed with each other in the name of popularizing the music genre.”

But some others beg to differ.

Lee Jin-young, the head of Fortune Entertainment, which promotes some of the nation’s most eminent rappers, Tiger JK and Yoon Mi-rae, says, “For younger generations who are straightforward, rap is a better form of music than traditional songs.

“In addition, these shows let the public discover hidden jewels in this genre.”

With interest in rap and hip-hop higher than ever, a string of rappers have released or plan to release songs in collaboration with well-known musicians.