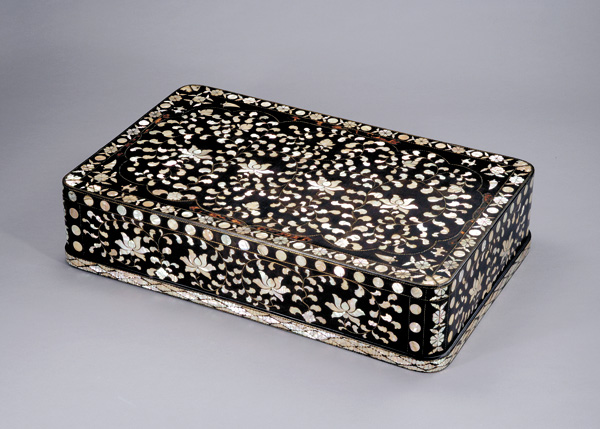 Some Koreans have long thought of the aesthetics of the Joseon Dynasty (1392-1910) as lightly colored, simple and modest.

One of the iconic examples is lacquerware inlaid with mother of pearl.

To make lacquerware, artisans apply lacquer - black or deep red - on wooden items, carve patterns or drawings on the surface and affix or encase shiny mother of pearl from clams, abalones or conchs.

Korea’s lacquerware inlaid with mother of pearl had its heyday between the Goryeo Dynasty (918-1392) and Joseon, but many say its patterns and materials became even more diverse between the 18th and 19th century, the latter part of the era. 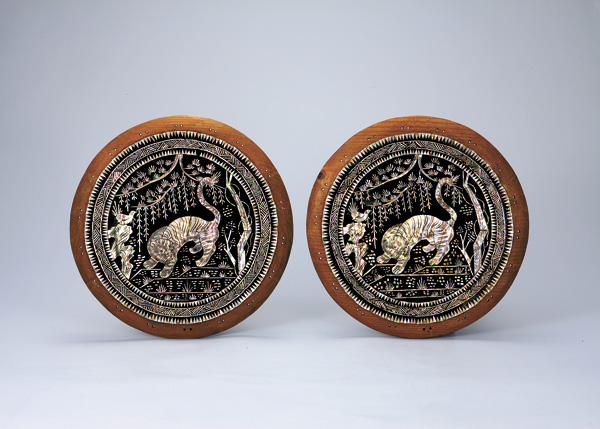 “There are very few lacquerware pieces inlaid with mother of pearl from Goryeo in Korea today,” chief curator Lee Won-kwang told reporters in a press preview on March 12. “Most of them are in Japan.”

Last July, the National Museum of Korea acquired a box decorated in mother of pearl made at the end of the Goryeo Dynasty from Japan. It is meant to store Buddhist sutra, a type of religious text. There was, understandably, much media attention about it as only eight of these boxes are in existence, none of which were kept in Korea.

In the first part of the Horim exhibition, “Inlaying Mother of Pearl,” pieces with the most intricate, decorative and artistic patterns of mother of pearl are shown.

“Most of the lacquerware inlaid with mother of pearl we find today are boxes,” Lee said.

The large and shallow clothing boxes are notable. According to Lee, these were used to store important outfits, such as ceremonial gowns or official uniforms. 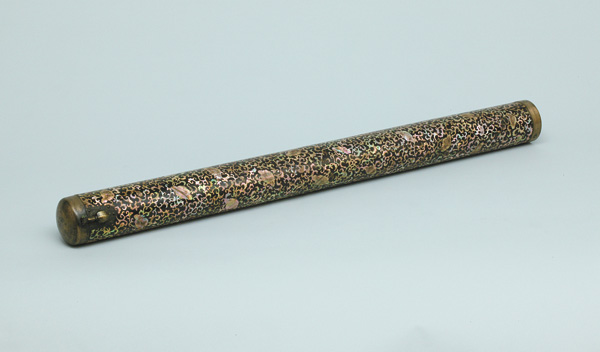 Also exhibited is a lacquered quiver inlaid with mother of pearl. A quiver in this form is rare, experts at the museum say, and was probably used by a high-ranking government official.

Visitors who go to the exhibition will learn how Korea’s woodcrafts had different tones and decorative elements depending on their purposes and where in the house they were placed.

For instance, those placed in the main family room had a brighter feel, and the mother-of-pearl decorations were more colorful as a result. But those placed in the study rooms of the men of the household, called sarangbang in Korean, had toned-down hues and ornamentation.

This differentiation is one of the reasons why Horim officials decided to display lacquerware inlaid with mother of pearl for men and women separately in the second section, titled “Layers of Hues.” 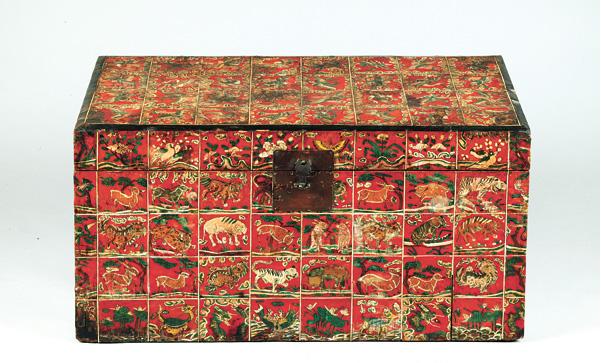 For instance, the lacquerware pieces inlaid with mother of pearl placed in men’s study rooms that are on display include brushes, brush holders, ink stone cases, and even a glasses case.

Pieces for women include lunch boxes, sewing boxes and combs.

The materials get more and more varied between the 18th and 19th centuries, Lee said, adding that turtle shell and sharkskin were also used, not on their own but as supplements to mother of pearl. Ox-horn sheets were also used, but as they added a soft, elegant texture, they were often applied to pieces for women.

Officials at Horim emphasized that they worked extra hard on the display. They hope visitors will take note of the contemporary display design elements, which take motifs from abalones or conchs and how they harmonize with the wooden relics. 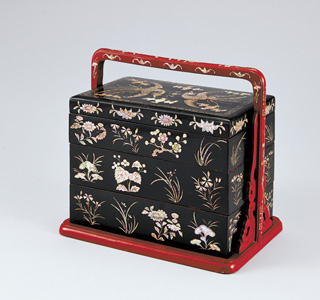 “It’s been 10 years since the National Museum of Korea held a special exhibition on lacquerware inlaid with mother of pearl,” Lee Jang-hun, the museum’s curator said.

“I hope through the exhibition that people rediscover Joseon and learn about its aesthetics with brilliant hues.”

“Brilliant Hues - Mother of Pearl of Joseon Dynasty” runs until June 30 at the Sinsa branch of the Horim Museum. Admission is 8,000 won ($7.23) for adults.

The museum is open from 10:30 a.m. to 6 p.m., but closes on Sundays. It is close to Dosan Park in Sinsa-dong, near Apgujeongrodeo Station on the Bundang line, exit 5.