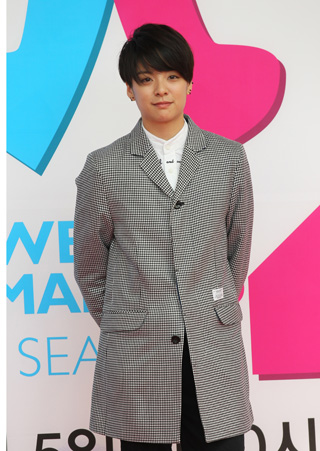 “Shake That Brass,” a track from Amber’s first solo album “Beautiful,” was the most watched K-pop music video in February on YouTube, the world’s largest video-sharing website.

Music website Billboard.com wrote Monday that f(x) girl group member Amber had topped the chart and that her song “Beautiful,” also on the album, came in third place.

“Just” by Zion T and Crush and “Love Equation” by Vixx were fourth and fifth, respectively.

The Taiwanese-American singer debuted in 2009 as a rapper in the quartet girl group. Unlike other members of f(x), Amber refrained from appearing on variety shows but recently appeared in a spinoff version of the popular TV show “Real Men,” in which female celebrities experience what life would be like if they joined the military.

She stole the limelight on the show because of her candid personality.