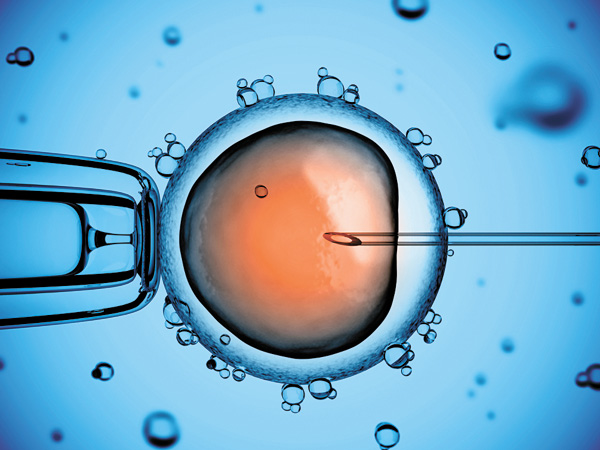 The government on Tuesday announced it has designated stem cell and genetic drugs as Korea’s next flagship exports and will expand state-led investment to accelerate clinical trials and commercialization.

The announcement is part of the government’s strategies to boost the fast-growing bio industry.

According to the Ministry of Trade, Industry and Energy, the world’s bio industry was worth $1.4 trillion last year and is estimated to grow to $2.6 trillion in 2024.

That is roughly the equivalent to last year’s total of $1.6 trillion for the nation’s three largest export industries - semiconductor, petrochemical and automobiles. The ministry forecast slowing growth for them after 2024.

In the process, four ministries - Health and Welfare; Trade, Industry and Energy; Food and Drug Safety; Science, ICT and Future Planning - will budget a total of 340 billion won ($301.2 million) to advance the entire process, from R&D to production to export infrastructure.

“The bio industry [including biopharmaceutical and bio health care] is an extremely crucial area for Korea,” said Lee Jin-kyu, head of the R&D policy division at the Science Ministry. “The industry is estimated to grow into a huge market in the next decade, even larger than the nation’s existing export products like automobiles and semiconductors.”

According to a study by IMS Health, the worldwide biopharmaceutical market was estimated at about $1.1 trillion in 2014.

The government project aims to nurture bio start-ups and SMEs that have quality technologies, but lack business connections and funds for clinical tests and patents, added Lee.

The government will put up 18 billion won this year and up to 50 billion won by 2017 for bio companies doing projects in cancer, Alzheimer’s disease and arthritis to wrap up research.

An additional 110.5 billion won will be invested in small companies by the end of this year to get the research results and for clinical tests and government approvals overseas, along with clinical test guidelines and export help from LG Life Sciences to help products meet U.S. Federal Drug Administration standards.

Being first to commercialize biopharmaceutical drugs is the most urgent task for the government, said the Science Ministry.

According to the Ministry of Food and Drug Safety last year, Korea ranked second in terms of the number of stem cell drug development projects under way with 40, after the United States with 136.

Bio-related start-ups accounted for 13.7 percent of the nation’s small-cap Kosdaq’s stock market capitalization last year, up from 3.6 percent in 2004.

“Now, countries are competing against each other in research and clinical tests,” said Lee from the Science Ministry. “The next three years will be the most crucial time for Korea in becoming the world’s first player for commercializing the actual product.”