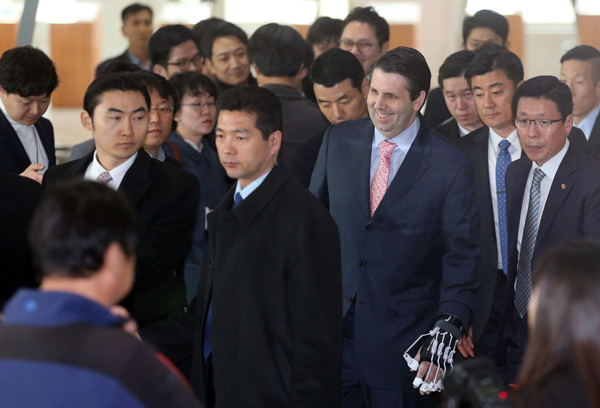 Mark Lippert, the U.S. ambassador to Seoul, is escorted by bodyguards out of the Foreign Ministry office in central Seoul on Tuesday after he accompanied Daniel Russel, the U.S. assistant secretary of state for East Asian and Pacific affairs, who was scheduled to have a meeting with Deputy Foreign Minister for Political Affairs Lee Kyung-soo. Bodyguards were dispatched to protect Lippert after he was attacked by a knife-wielding activist on March 5.