Kim Hee-sun is going back to school for ‘Angry Mom’

Kim Hee-sun is going back to school for ‘Angry Mom’ 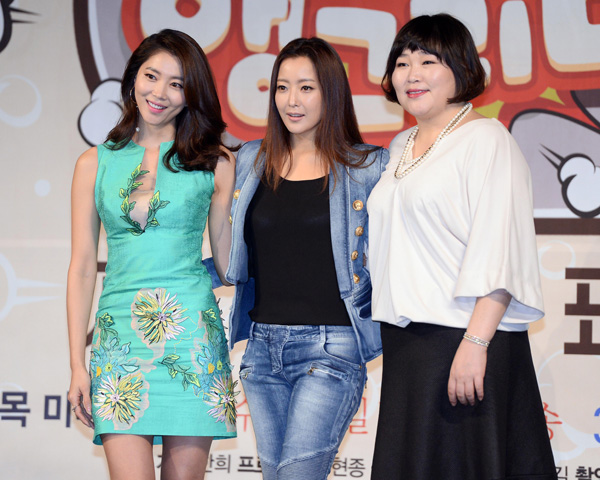 Kim Hee-sun is heading back to school for her next role. The 37-year-old will play a mother who disguises herself as a high-school student to stop her daughter from being bullied in MBC’s new drama “Angry Mom.”

“I have tried to shed my princess-like image since my previous drama ‘Wonderful Days’ (2014). This was a good chance because it was the first time for me to act like a foul-mouthed, wild woman,” Kim said during a press conference on Monday in Sangam-dong, northwestern Seoul.

“I could put more expression into the role as a mother who has a 7-year-old daughter,” she said.

In addition to Kim, the drama boasts a number of A-list celebrities, including actor Ji Hyun-woo and Baro, a member of K-pop boy band B1A4.

Ji plays a good-natured, but somewhat inflexible, teacher who belatedly notices the bullying happening right before his eyes.

Baro is Sang-tae, a top student at the school who is also the leader of a school gang.

“My previous roles in ‘Reply 1994’ and ‘God’s Gift - 14 days’ were warm-hearted boys, but Sang-tae is a formulaic villain who helped me polish my acting,” said Baro.

An element that makes “Angry Mom” different from other dramas is the use of pop jazz in its score.

“The purpose of producing this drama was to contain a message within a fun story, along with a vivacious ambience,” said the program’s producer, Choi Byung-gil. “Viewers will not only enjoy it, but will also think about the issues around us.”

“Angry Mom,” which kicked off on Wednesday, will air every Wednesday and Thursday at 10 p.m.