Conditions ripe for a Kospi rally

Conditions ripe for a Kospi rally

Owing to ample liquidity around the world and a surprise interest rate cut by the Korean central bank last week, the Kospi rallied above 2,030 Wednesday morning with growing expectations that Korea’s benchmark stock index could reach 2,100 by June.

Although the index closed below the 2,030 mark due to last-minute sell-offs by institutional investors, it briefly hit 2,036.11 during the day, the highest growth in 20 months, 2.14 percent.

Analysts say quantitative easing and rate cuts around the world, including Korea, have raised expectations for economic recovery.

At the heart of the upbeat sentiment on the Kospi is an influx of foreign capital. A turning point for the Korean market was U.S, Federal Chair Janet Yellen’s remarks in late January indicating there would be no U.S. interest rate increase before June. 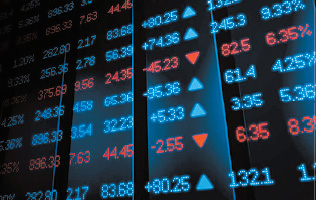 Thanks to eased concerns over interest rate hikes by the Fed and the risk of a Greece exit from the eurozone, foreign investors have continued to buy emerging market stocks since early this year.

So far this year, they have purchased 3.2 trillion won worth of local shares.

“Globally, ample liquidity is having a positive effect on the Korean market,” said Oh Seung-hoon, an analyst at Dassin Securities. “As in 2013, it is forecast that such a liquidity effect could lead to better corporate earnings and economic recovery.

“The Kospi could replace its previous record, when lowered business costs including oil prices start to be reflected in corporate earnings amid this low interest rate atmosphere,” he added.

The Bank of Korea lowered the benchmark rate to 1.75 percent last week, the lowest since 2009.

As Korean shares have been undervalued compared to those of other Asian nations, foreign investors are going on a strong buying spree these days, some analysts say.

“Compared to rallies on other overseas markets, the Kospi has been showing a poor performance,” said Kim Jung-hwan, an analyst at KDB Daewoo Securities. “This will be the chance to ramp up the lowest point of the Kospi above the 2,000 level.”

Yet it is too early to say Korean market fundamentals have strengthened, said Kim Hak-kyun, an analyst at KDB Daewoo.

“To ensure a more stable rally, the economy needs to have stronger fundamentals,” he said.

The Kospi has long been in the range between 1,750 and 2,090, unable to reach new highs since 2011. The market stayed gloomy due to slower-than-expected recovery in the economy as deflation concerns mounted while unemployment kept rising.

Except for Samsung Electronics, whose stock price hit 1.5 million per share this morning, other large-cap shares are still underperforming.

Foreigners are expected to be interested in chemical, automobile, construction, steel and energy shares.