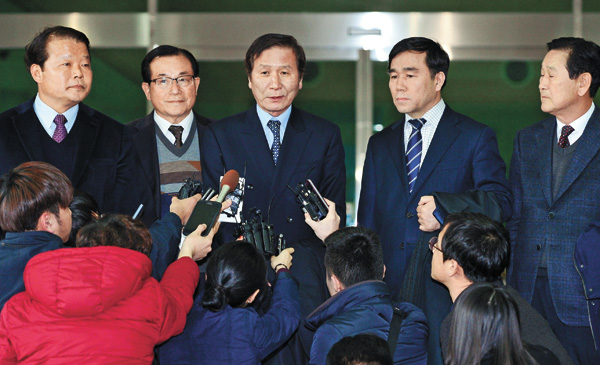 Chung Ki-sup, center, head of a council of South Korean companies operating in the Kaesong factory park, speaks to the media after returning from North Korea’s Kaesong Industrial Complex, at the Inter-Korean Transit Office in Paju, South Korea, Wednesday. A group of South Korean businessmen owning factories in the complex visited Kaesong to deliver their position on North Korea’s unilateral decision to raise wages for workers there.