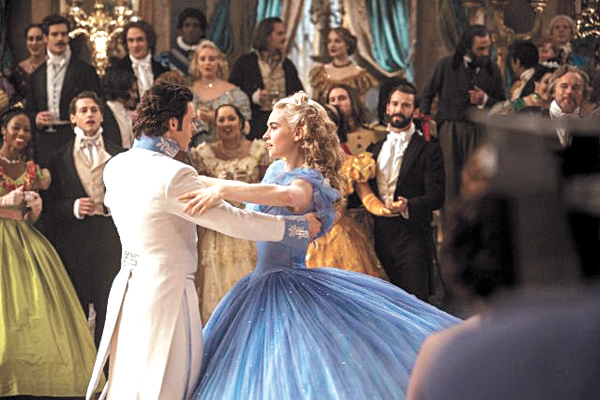 Directed by the much-talented Kenneth Branagh, this live-action adaptation of Disney’s legendary fairy tale “Cinderella” stays faithful to the original, which was first introduced to the public almost half a century ago.

Although there is no extra twist given to the plot, the film is ever as enjoyable, with plenty of things to see such as the characters’ vibrantly colored outfits and beautiful backgrounds, designed by Sandy Powell and Dante Ferretti, respectively.

The film has Lily James in the iconic Cinderella role, who with her pretty face and fragile figure delivers the ambience of a good-natured country girl well.

Richard Madden, who starred as Robb Stark in U.S. drama “Game of Thrones,” enchants both Cinderella and the audience with his sky-blue eyes.

However, it is Cate Blanchett’s impeccable turn as the wicked stepmother who sucks viewers in with her penetrating gaze and dignified elegance every time she appears on the screen.

“Be kind and have courage” is the sole message conveyed throughout the film, and the audience is persuaded to believe in it, wishing happily ever after to Cinderella and her prince.

The film topped the U.S. box office last weekend by grossing $70.1 million in its opening weekend.

Set mainly in Los Angeles and Las Vegas, this part-romance, part-noir film captures some of the natural beauty of southwestern America’s breathtaking scenery.

Directed by Kim Tai-sik, “Heartbreak Hotel” is an action-heavy film that delivers the doomed fate of the love between two protagonists, John and Sarah, played by Kang Ji-hwan and Yoon Jin-seo.

The film is Kang’s comeback to the silver screen after a three-year hiatus. His character John is an untamed but good-natured boy who falls in love with a jazz vocalist who sings at his boss’s club.

He and his loyal buddy Chen, played by aspiring actor Park Jung-min, promise to take off to a remote country with the money they steal from John’s boss.

However, after unexpectedly falling in love with Sarah, John stands at a crossroad, having to choose between the two.

The movie’s seductive and jazz-heavy score sung by actress Yoon is another draw. 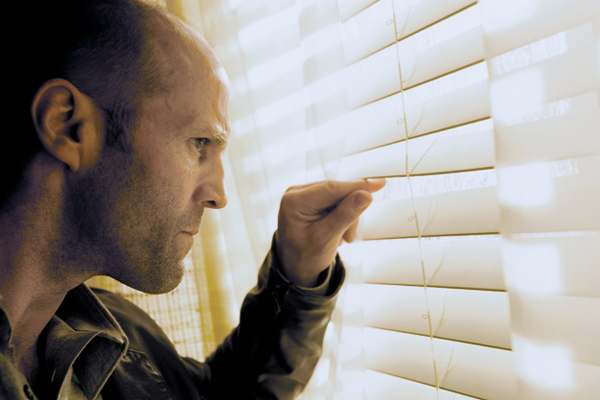 You can hardly go wrong with heroic action movies in Korea, where suspense continues to thrill local audiences.

Simon West’s “Wild Card,” starring Jason Statham of “The Transporter” (2002), is likely to be a hit here.

Statham plays Nick Wild, a retired gambler who opens up his own security consultancy after getting out of rehab where he was being treated for his addiction to gambling.

Just as he is adapting to his new surroundings, Cyrus Kinnick (Michael Angarano), a renowned millionaire in Las Vegas, offers him a job as his personal bodyguard.

After taking on the job, his ex-girlfriend Holly (Dominik Garcia-Lorido) asks him to help her get revenge on a guy named Danny DeMarco (Milo Ventimiglia), who raped her. It turns out that DeMarco is a famous gangster in Sin City and everything spirals out of control. 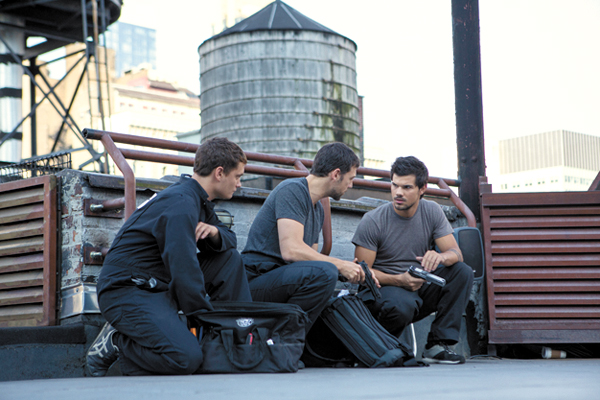 In the movie, Taylor Lautner - who is popular for his werewolf role in “Twillight” series - plays Cam, an express delivery man roaming about New York City on his bike.

One day, while doing his job, he meets Nikki (Marie Avgeropoulos), a free-spirited girl who instantly steals Cam’s heart.

Not long after their first encounter, Cam meets Nikki again by chance and joins the parkour team Nikki is a member of.

Parkour is a sport in which participants get from one point to another while avoiding or using obstacles that get in their way by running, jumping or climbing.

However, Cam realizes that their parkour team has a strong connection to the Chinese mafia and that they will be engaged in crimes soon. Cam suggests that Nikki should quit the team, but the other members refuse to let them go.

A cutthroat chase in the middle of NYC with flashy stunts performed by Lautner himself makes the film worth seeing.

A palm-sweating crime thriller targeted at disclosing the controversial issue of the death penalty system in Korea is ready to hit theaters.

Having Park Sung-woong of “The New World” in the role of serial killer Gang-cheon, who only attacks frail women, “The Deal” is a chance to rediscover the actor’s skills playing a villain. Both emotionally and physically, the 42-year-old took it to the next level as the psychotic murderer.

Kim Sang-kyung of “Memories of Murder” attempts another detective role in this film. He depicts the fierce charisma of his character, Tae-soo, well.

The fact that his younger sister fell victim to Gang-cheon makes the character even more multidimensional than Kim’s previous detective roles.

After Tae-soo catches Gang-cheon, the killer receives the death penalty, yet the film takes the audience ahead three years and the condemned man is still alive, looking better than ever and thriving on taxes paid by citizens.

New director Son Yong-ho keenly analyzes the problematic aspects of capital punishment in Korea, which hasn’t carried out a single execution since 1997, with the movie. 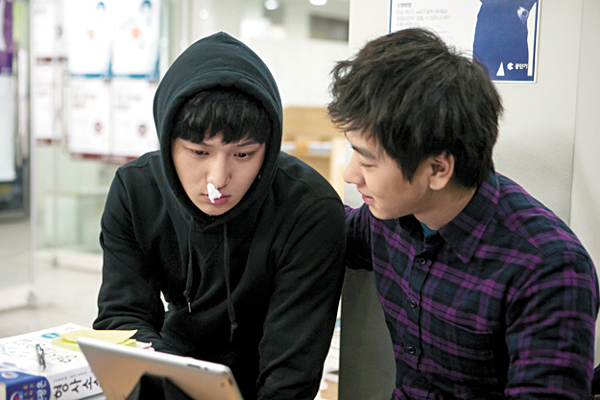 Korea is one of the most wired countries in the world, but everybody is aware that the Internet is the cause of some deadly problems.

In the upcoming film “Socialphobia” directed by Hong Seok-jae, the most unique, and also problematic, parts of Korea’s online youth culture are revealed.

The movie kicks off with one female Twitter user making fun of a soldier who committed suicide on duty. Her comments immediately cause an uproar from male Internet users, and together they hack her personal data and gather in front of her house.

However, what started as a spontaneous act ends up in what appears to the girl’s suicide.

And to make things worse, this whole process was broadcast live through an Internet channel.

Rising actor Byuen Yo-han of TV drama series “Misaeng” plays Ji-woong, a good-natured boy who inadvertently gets involved in this mysterious case. Lee Ju-seung plays Yong-min, who notices something strange about the girl’s death and tries to get to the bottom of it.

“Socialphobia,” which is the feature debut for Hong, received the Network for the Promotion of Asian Cinema award at the 19th Busan International Film Festival last year, where it had its world premiere.