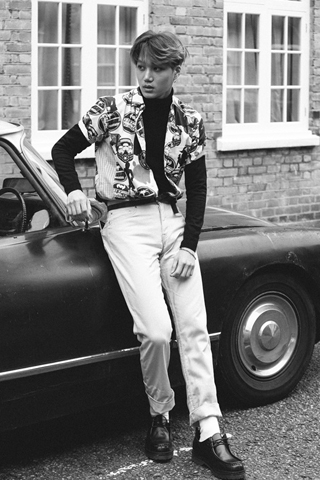 Exo’s second regular album will be released on March 30, according to SM Entertainment, the 10-member boy group’s agency.

SM said Thursday that “Exodus” will be released 11 months after the band’s first record came out.

The boy group sold more than one million copies of “XOXO,” a music milestone not seen in more than a decade.

Exo already unveiled some of the tracks from the new release at their solo concerts earlier this month.

In order to promote the second album, SM said it will tease a “pathcode” for each member starting Thursday.

According to SM, fans are able to spot clues in the teaser video that they can then type into Exo’s website. If they get the clues right then they can access extra video clips featuring the group.

As part of the promotion, SM released the pathcode for Kai (left) first.

Fans will also be able to watch an online drama featuring the boy group next month.

In “Exo Lives Next Door to My House,” a joint project between SM and Line, NHN’s mobile messenger service, each member of the band will play themselves.

The series will be available to watch online for residents of Korea, China, Japan, Thailand and Taiwan.