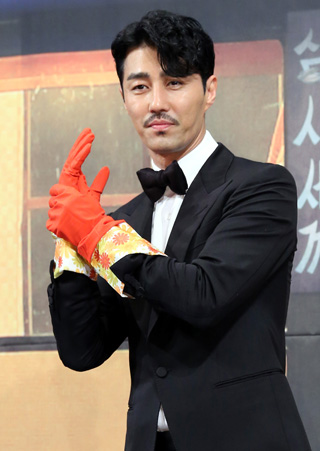 Actor Cha Seung-won has signed numerous TV commercial deals after he appeared on the reality TV show “Three Meals a Day,” according to YG Entertainment, the actor’s agency.

“After he earned the nickname ‘Chajumma,’ he’s been receiving requests from advertisers,” the agency said.

The 45-year-old actor earned the nickname because of the versatile cooking techniques he showed on the TV show.

While living on a remote island, located in Korea’s South Sea, the actor made all kinds of foods imaginable, from pizza topped with freshly
caught seafood to Chinese spicy noodles to baked bread, all with the minimum number of utensils and without electronic appliances such as an oven or microwave.

The actor will return to the screen in April. He will play the role of Gwanghaegun, or Prince Gwanghae, one of the rulers of Korea’s Joseon Dynasty (1392-1910) in the upcoming period drama series “Hwajeong.”