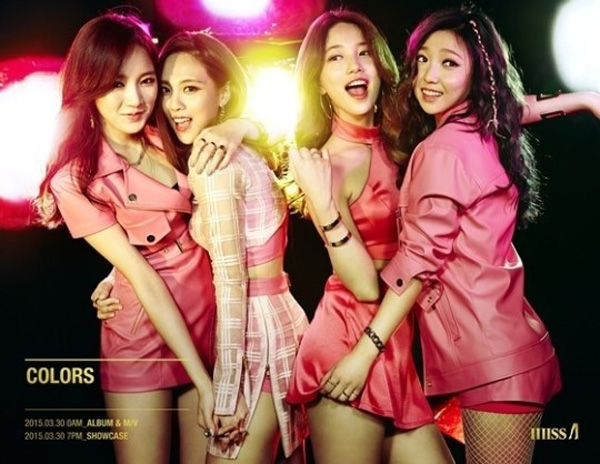 Girl group Miss A recently set a date for their comeback. According to JYP Entertainment, the four-member band’s agency, Miss A will present its new song through the music TV show “Mnet Countdown” on April 2.

The girl group already teased an image of their new album, “Colors.” It is the first album Miss A will release 16 months after their previous album.

Little information is available about Miss A’s title track, but it is reportedly a sexy and powerful dance song, just like their debut track “Bad Girl, Good Girl,” which brought them instant fame and popularity.

“This album was inspired by images of independent women,” said the agency.