Rulers become a tool to win over new fans

Rulers become a tool to win over new fans 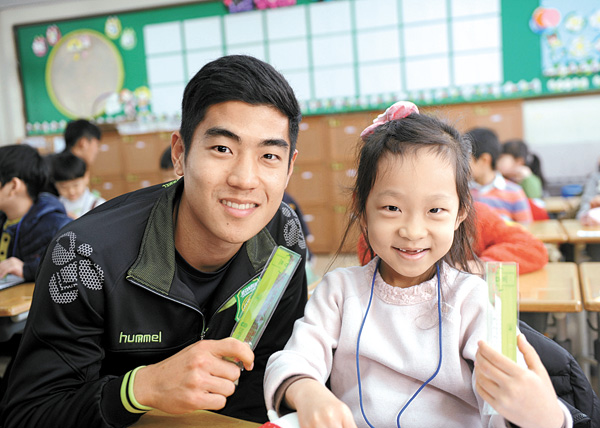 Football and rulers are two items that don’t really match. But for some K-League clubs, rulers are an important tool to getting closer to future fans.

For Jeonbuk, this is part of its marketing plan for the next 10 years.

Rulers are an essential item for elementary school students. Unlike other school supplies, rulers are not frequently changed. Jeonbuk’s 16-centimeter (6.3 inch) ruler is a standard size that can usually fit into a student’s pencil case.

“Ten years later, these students could be football fans who can purchase our tickets,” said Jeonbuk’s PR team manager Kim Uk-heon. “We want to give them the impression that there is a football club that can represent our region.”

“The marketing for young fans is an investment for our future,” said Jeonbuk’s General Manager Lee Chul-keun.

In June 2012, K-League officials and marketing officials from the 12 K-League Classic clubs went on a business trip to Japan’s J-League to check out their community outreach activities and marketing methods. After the visit, the officials held seminars and shared their reports.

The K-League said that it also has been regularly holding marketing meetings and offered suggestions to each club about how to improve their hometown marketing.

JEF United’s “ruler marketing” was seen as one of the best examples, and the K-League used it as a model three times in seminars and forums held last year.

FC Anyang, which started its season with a 3-0 victory against Suwon FC on Saturday, distributed rulers to 20 elementary schools in its hometown earlier this month.

Some 40 officials and players from the club were divided into seven groups to attended entrance ceremonies at elementary schools where they handed out 15-centimeter rulers as well as coupons for discount tickets.

Thanks to its effort, Anyang set a new attendance record at its Saturday game with 10,147 fans at Anyang Main Stadium in Anyang, Gyeonggi, beating its previous record of 6,423.

Instead of distributing rulers, some clubs still prefer the traditional ways of securing young fans - visiting schools to teach football.

Players from Ulsan Hyundai FC on Friday went to Beomseo Elementary School in Ulsan as part of its campaign called “Making Healthier Schools.” Through the community service program, started in 2013, the club aims to improve students’ physical education and sporting abilities.

While each club strives independently to increase its fan base, the K-League since last year has been operating what it calls a “sport bus” to take players to visit elementary schools in rural areas.

The two buses were purchased through Korea Football-Love Sharing Foundation with donations from players, coaches and club staff. They are “mobile gyms” equipped with facilities like sports simulators, health-related machines and exercise equipment.