The Piano Guys to play in Seoul

The Piano Guys to play in Seoul 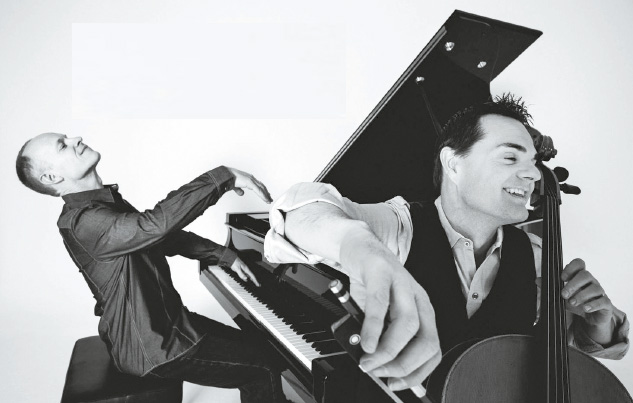 The Piano Guys are coming to Korea for the first time. They will perform on April 20 at Olympic Park in southeastern Seoul. Provided by Sony Music Korea

Five men surround a grand piano and launch into boy band One Direction’s “What Makes You Beautiful.”

But only one of the group is tinkling the ivories; the rest are either drumming on the instrument’s wooden frame, strumming its strings or are accompanying on the cello.

The result is a beautiful performance, captured on video and uploaded to YouTube, where it has attracted millions of hits since 2011.

This marked the start of the Piano Guys. Now composed of four male members - Jon Schmidt on piano, Steven Sharp Nelson on cello, video engineer Paul Anderson and studio engineer Al van der Beek - the group attracts classical and pop music fans by crossing over the two genres with their reinterpretations of tracks using just the piano and the cello.

With more than three million subscribers to their YouTube page and having reached first place on the Billboard New Age and Classical Albums charts, the group has achieved worldwide success.

But the group says they came together not to gain Internet fame or debut in music. They formed organically when Anderson, who used to own a piano store in Utah, met Schmidt, who frequently visited the store to play the instrument.

Impressed by Schimdt’s skill, Anderson asked a former studio engineer to video him performing, hoping to promote his store. They began to upload video clips to YouTube every week. To their surprise they became a hit.

The Piano Guys will be touring around several countries this year, including Korea. In an email interview with the Korea JoongAng Daily ahead of their first trip to play in Seoul on April 20, the four reflect on avoiding the darker side of the music industry and how they choose which tracks to interpret.

Q. You’re known for your reinterpretations of pop songs. How do you decide what to cover?

A. We love using music from myriad sources. We believe there is something to enjoy in just about every genre of music. We’ve used pop music, R&B, folk, ethnic, club, dubstep, disco, jazz, country, and of course, classical music.

We write original music that often uses influences from multiple genres. We mash up film scores with classical, we rewrite pop songs in ethnic settings and we even sometimes parody music.

When covering other artists’ material we are careful, however, to choose music and videos that are family-friendly and that we’d be comfortable showing our children.

We don’t believe in supporting the darker side of the entertainment industry that tries to spoon-feed us music that encourages disruptive, immoral and even violent behavior - it’s something we’ll never be interested in, no matter how big those songs are.

Why do you think people are drawn to your music? Is it because you reinterpret some songs that are already popular?

The feedback we’ve received from people who have listened to our music and watched our videos is that they have felt something. They’ve felt motivated. They’ve been able to turn a rough day right side up. They also say they appreciate something on the Internet that they can actually enjoy with family and that the music and videos inspire and motivate them to pursue the learning and practicing of an instrument.

What’s the most fun part of being in the Piano Guys?

Praying for inspiration and working with each other towards a common goal, seeing the worth of a soul and God’s love for his children through music, watching our own families enjoy what we do, touring the world and meeting amazing people who so generously support what we do.

Steven, I heard that you have lived in Gwangju, Korea, for a year. How do you feel about coming back?

Al and I both lived in Korea as missionaries for our church. We are very excited to go back and be with the wonderful Korean people and to eat the delicious Korean food.

Do you have any plans for a new album and concerts?

We just recorded a live album at Carnegie Hall [in New York City], which will be released in the summer.

Also, a live concert for TV programming will be filmed in August at the Red Rocks Amphitheatre in Colorado. Next year we will release a new studio album. We are booked with tours around the world into 2016