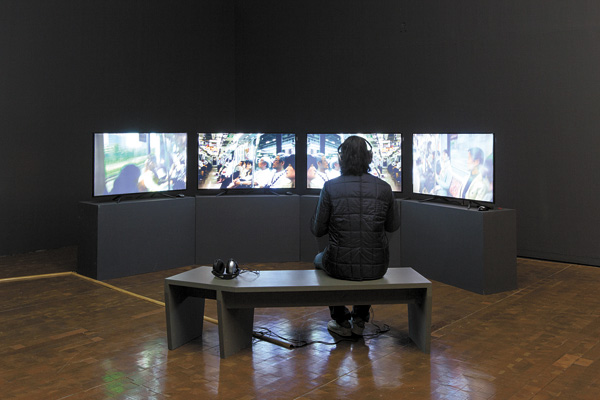 As seen in this week’s trilateral meeting between Korean, Japanese and Chinese foreign ministers, the East Asian countries have close and complicated relations.

An ongoing contemporary art exhibition titled “The Subtle Triangle” reflects that relationship, according to Seoul Museum of Art, or SEMA. The show will be held at the museum until May 10.

“The three neighboring countries have competed while coexisting, so there have been many attempts to group them as one community,” Hong Leeji, curator of the show, said. “Especially when their relationships worsen, the voice for the necessity of cultural solidarity gets bigger.”

So the museum has selected three artists, Yangachi of Korea, Xu Zhen of China and Meiro Koizumi of Japan “who can reveal the subtle relations between the three countries,” according to Hong.

In fact, none of the three artists’ works directly address ties among the three countries. But the works show how people from each country can think differently, but also share common feelings. 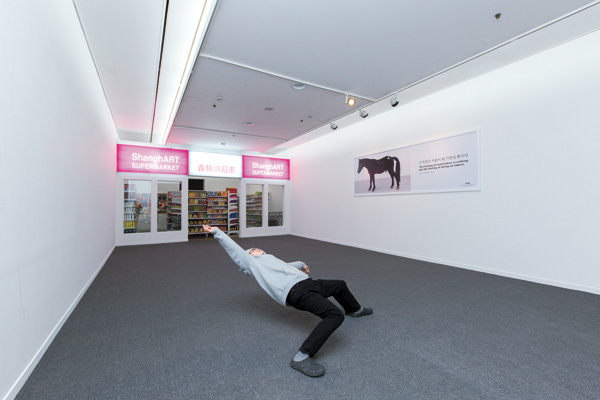 A performer in Chinese artist Xu Zhen’s “In Just a Blink of An Eye” in front of the artist’s installation work “Shanghai Supermarket”. Provided by the museum

According to the museum, Koizumi, Xu and Yangachi, respectively, deal with the past, present and future of the East Asian region.

Xu Zhen’s “Shanghai Supermarket” is a life-size recreation of a supermarket in the city, full of packages from goods that the artist bought and consumed.

Yangachi presents his new production “Sea Salt Theatre.”
“It is an experiment within his recent interest in researching geographical elements and temporalities that are based in Asia,” the museum said.
“The Subtle Triangle” also has an archive lounge, which presents a history of cultural exchanges among Korea, China, and Japan since 1989. 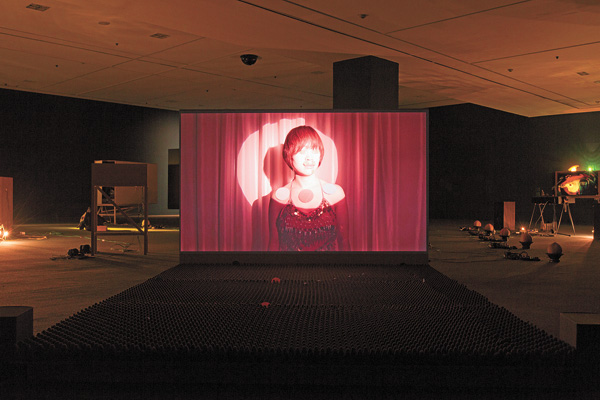 Korean artist Yangachi’s video work “Sea Salt Theater.” They are part of “The Subtle Triangle” exhibition, which runs through May 10 at the Seoul Museum of Art. Provided by the museum