Jang Yoon-ju to tie the knot

Jang Yoon-ju to tie the knot 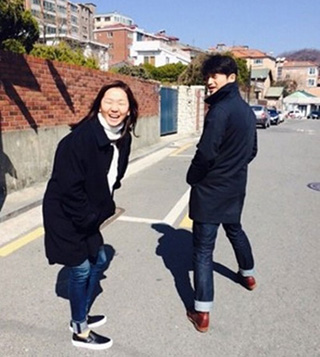 Top model Jang Yoon-ju uploaded a photo of her fiance on Tuesday via her Instagram account. She captioned the photo, “Two are better than one. I got a life-long travel mate. … Thank you for your support and love, and I will prepare for my wedding.”

Esteem, Jang’s agency, announced Monday that the model will tie the knot on May 29 with a businessman four years her junior.

The wedding will take place at a church located in southern Seoul, with the ceremony reserved only for family and close friends.

Jang debuted as a fashion model in 1997 at the age of 17. Since her debut, she’s been considered at the top of her class.

Apart from modeling, Jang has previously released albums and hosted radio shows. She has also sporadically appeared as a special guest on a number of popular reality TV shows, including “Infinite Challenge.”