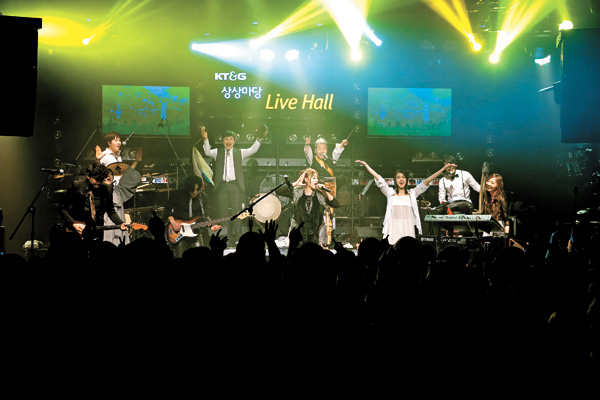 KT&G hosted Electric Samulnori, a special collaboration between Korea’s traditional samulnori percussion troupe, led by Kim Duk-soo, third from left in the back row, and an independent rock band in February 2014. Provided by KT&G

Korea’s film and music industries appear to be enjoying a sort of renaissance, perhaps best evidenced in the vigorous expansion of the K-pop business and record-breaking performances by domestic blockbusters.

But flashy idol singers and star-studded movies aren’t all there is to Korea’s local culture.

Although its history has yet to span decades, there are artists in the independent music scene who are just as competent and aspire to share their ideas with a wider audience.

Yet here, where their popularity is still limited to a small group of loyalists, publicity is key - hence the need for systematic financial aid among subcultural tribes.

Taking note of the situation, KT&G, the nation’s top tobacco producer, has been lending a helping hand to invigorate the parts of Korean culture that have stood neglected for over 10 years.

The majority of KT&G’s cultural patronage originates from Sangsang Madang, a multicultural complex located in Hongdae in northwestern Seoul, an area known to be a mecca for underground artists.

From top, Nunco Band’s fourth album “Skyland,” Gonne Choi’s second album “I Was, I Am, I Will” and the Go Go Boys’ second album, “Happy,” all of which were sponsored by KT&G.

This seven-story building - which was established by the company in 2007 and takes after a website community opened two years before where people could exchange opinions - has since become a cultural landmark in the neighborhood.

“Hongdae was where underground artists used to have their workshops and interact with one another,” a company official said in response to why it chose the district in 2007.

But while most Seoul residents see this cultural hub as an interesting place to experience, not many realize it also serves as an incubator for budding musicians.

Under its program Band Discovery, KT&G has provided support to amateur indie musicians who have released less than one EP.

The three selected winners from the program receive a total of 11 million won ($9,980) and get a free one-day pass to perform at the live concert hall located inside Sangsang Madang, which is capable of accommodating some 500 people. 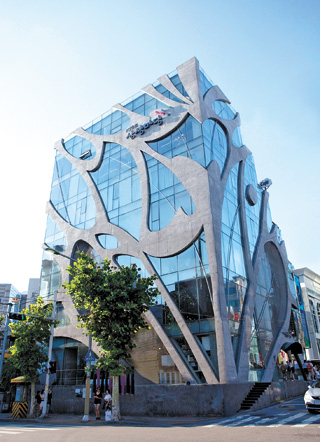 If an ordinary singer wants to perform here, he or she typically must pay at least 2 million won for a single show.

To an unknown underground musician - who likely has ample experience performing live in empty cafes - these benefits can be life-changing.

The winners are also enlisted in the lineup of the Sangsang Realization Festival, hosted by the company, alongside big-name indie groups.

Last year, the festival invited Kiha & The Faces, Guckkasten and the Peppertones, who are among the best-known independent artists in Korea. The festival enables newly found musicians to showcase their sound in front of a large crowd.

“It is a chance for them to meet established singers to get advice and other kinds of help,” the official added.

“It also enables them to expand their scope of activities in the future and get used to performing on a big stage.”

Band Discovery, an extended version of the band Incubator program that launched in 2008, has helped some 35 new artists so far. 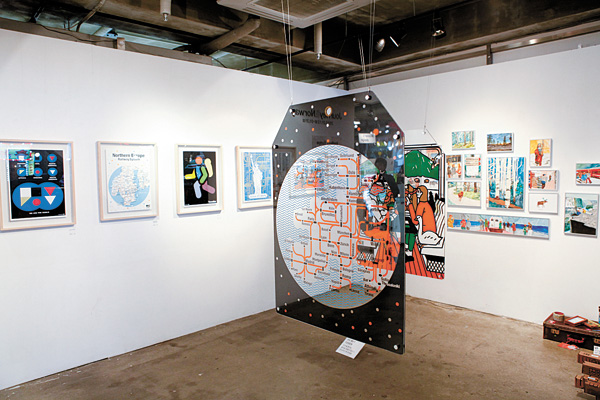 A design square located on the first floor that sells and displays art works from young artists, including design products, photographs and independent albums.

However, KT&G’s support for musicians doesn’t stop there. Even considerably established artists and bands constantly seek acknowledgement and more channels for bigger audiences.

Last year, the tobacco company launched a similar program, S.around, that helps more experienced musicians, many of whom have worked underground for years. The initiative ultimately aims to give a boost to indie veterans, acknowledging that talent and experience doesn’t always lead to fame.

Selected musicians in the program are given a full package of support worth 20 million won, which includes the cost of producing an album, renting out a recording studio, music venues and promotional acts.

Since KT&G has 10 years of experience fostering the music industry, its knowledge and infrastructure has grown well-suited to help young talents who are still struggling.

Female vocalist Gonne Choi is one of the beneficiaries who released her second EP, “I Was, I Am, I Will,” last year with the help of KT&G.

The 32-year-old singer has already received acclaim for being the first Korean musician to be invited at Glastonbury Festival, a world-renowned music festival held in England, and for having formed a humble but firm underground fan base. 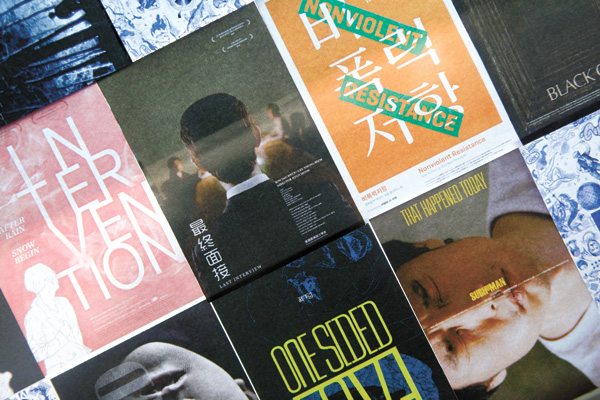 Posters of short films that participated in KT&G’s Great Short Film Festival, which provides opportunities to aspiring filmmakers to introduce their ideas through movies 20 minutes or shorter.

But it took her four years to complete her second album.

Musical agony was the main reason for the belated progression, but other hardships also came along the way.

“In the indie scene, it’s very challenging to work on your own unless you have a huge reputation,” Choi told the Korea JoongAng Daily.

“Unlike other support programs that usually help out amateur musicians, KT&G helps experienced musicians as well. Also, instead of one-shot production support, they were with me all the way.”

Choi was provided with a recording studio, a concert hall to hold her showcase and promotional activities.

“Not only financially or systematically, but the consolation I felt to the fact that I was working with people who support my music really helped,” Choi added.

But perhaps one of the biggest factors why indie music doesn’t receive much public attention is because the genre has a relatively high barrier to entry.

Before one really looks into what is on offer and what they are about, it’s easy to believe that they won’t be able to relate to that distinctive style of music.

In order to adjust this biased view, KT&G promotes a number of festivals that casually introduce that sidelined culture - music, film, photography, design and visual art - where people can mingle while discovering the charm of something different and creative.

At Label Market, which launched in 2007 to stimulate the music business, visitors can look around an array of displays on independent records and take a listen. Purchasing them is also an option. The number of participants has increased annually, and the latest edition that finished last month had some 600 albums from 50 labels and 36 individual teams.

KT&G’s Great Short Film Festival, one of a few existing short film festivals in Korea, encourages budding filmmakers to introduce their idiosyncratic ideas to the audience through a video that’s 20 minutes long or shorter.

“Short film’s virtue is its freedom in format and materials,” an official at the company said, adding that the festival is a great opportunity for amateur filmmakers to present their work to the public.

In an aim to branch out, KT&G expanded its cultural programs to Nonsan, South Chungcheong, in 2011 and Chuncheon, Gangwon, in 2014 by establishing Sangsang Madang departments in each area.

The Nonsan branch focuses on providing children with art-related activities and workshops, while the Chuncheon branch has accommodation where visitors can indulge in its cultural offerings and the natural scenery.

“The expansion of Sangsang Madang is part of the process of promoting a cultural belt throughout our nation,” the company official said.

“[Cultural schools and accommodations] show our attempts to deviate from the standardized form of cultural sponsorship but find the most effective, specialized way to support art.”