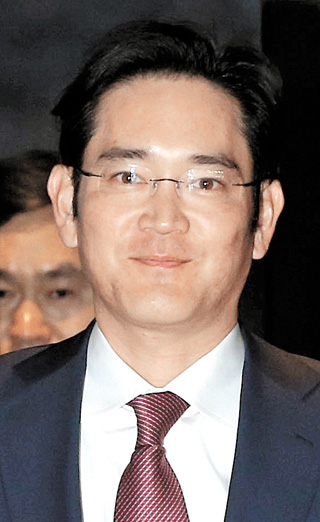 Jay Y. Lee, vice chairman of Samsung Electronics, will deliver a speech at the Boao Forum for Asia in China on Friday and is expected to hold a one-on-one meeting with Chinese President Xi Jinping on the sidelines of the annual international conference.

A Samsung executive told reporters on Wednesday that it will be the second time that the heir-apparent to bedridden Chairman Lee Kun-hee will speak at the conference, often called the “Asian Davos Forum.” This year, the theme of the forum is “Asia’s new Future: Towards a Community of Common Destiny.”

But the source said discussions regarding the details of Lee’s speech are still underway.

The vice president departed for Beijing on Tuesday to check on Samsung’s Beijing business before heading to Boao, in Hainan Province, where the conference starts today.

Last year, Lee pledged during his Boao speech that Samsung would focus its research and development on medical services as part of its efforts to slash growing medical costs in aging societies and to develop next-generation growth drivers.

The forum is an annual nonprofit international event launched in 2001 to function as a platform for dialogue among leaders of national governments, industrial and business circles and academic circles in Asia. The idea for the forum was proposed in 1998 by former top government officials of the Philippines, Australia and Japan.

Chinese leader Xi Jinping will attend the opening ceremony and deliver a keynote speech, the Chinese Ministry of Foreign Affairs announced last Thursday. If Xi and Lee meet, it will be the fourth time in a year, underscoring the close business relationship between the world’s fastest-growing economy and Korea’s top conglomerate.

Jay Y. Lee, who has been playing the role of acting chairman at Samsung since his father was hospitalized following a heart attack last May, is one of 15 directors on the board for the Chinese government-sponsored conference.

He took over the position in 2013 from SK Chairman Chay Tae-won, who is currently behind bars. Other well-known board members include former Japanese Prime Minister Yasuo Fukuda, former Singaporean Prime Minister Goh Chok Tong and Henry Paulson, former Secretary of the Treasury under the George W. Bush administration.