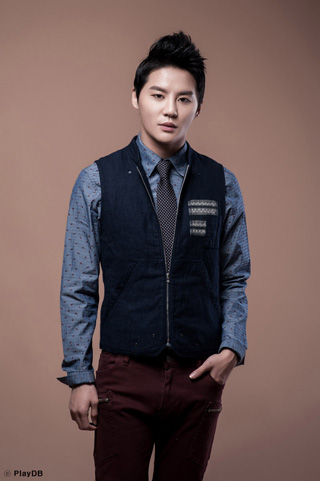 Kim Jun-su, a member of K-pop trio JYJ, will appear in the music show “Space Gonggam” on EBS, his first TV appearance in six years.

According to CJeS Entertainment, the agency of the 28-year-old singer, Kim will shoot the show on April 13.

“I’m so excited to be part of the show which has featured musicians like Jason Mraz and Shin Joong-hyun. And I always wanted to have a concert in a small theater and my dream has come true,” said Kim in a press release.

Although “Space Gongam” is not airing on a major TV channel, it is one of the longest-running music shows in the country and has featured famous domestic and international musicians for the past 10 years.

Kim debuted in 2004 as a member of K-pop boy band TVXQ but he filed a lawsuit against his agency SM Entertainment to nullify his contract in 2009 along with two other members, who went on to form JYJ in 2010.

The three, who have been performing together since 2010, partially won their lawsuit years ago, but the trio has had a difficult time making it onto major TV networks because SM has allegedly lobbied broadcasting stations to ensure they do not feature the trio on their shows.