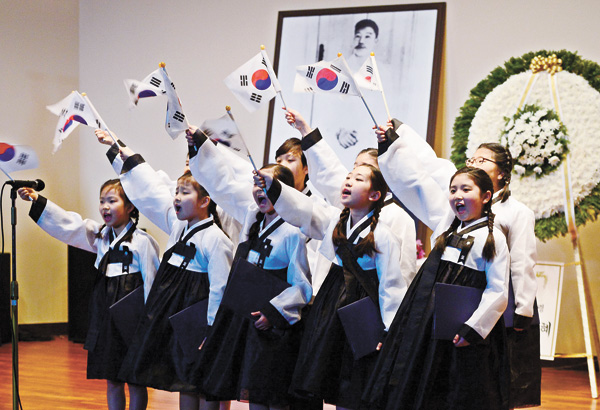 A children’s choir sing a song to commemorate the 105th anniversary of Ahn Jung-geun’s death at the Patriot Ahn Jung-geun Memorial in Jung District, central Seoul. Imperial Japan executed Ahn on March 26, 1910, for assassinating Hirobumi Ito, the president of the Privy Council who led the colonization of Joseon, the predecessor to Korea, on Oct. 26, 1909, at Harbin Station in China. Ahn wrote an essay, “On Peace in East Asia,” while he was in prison and asserted in his trial that he shot Ito because Ito disrupted the peace in East Asia. Japan did not reveal where Ahn’s body was buried, and the Korean government is working to locate his remains in China. [NEWSIS]