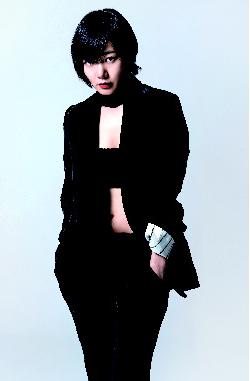 Actress Bae Doo-na received the best actress prize from the Asian Film Awards.
Saetbyeoldang Entertainment, Bae’s agency, said Friday that Bae received the acclaim at the film event held on March 25 in Macau for her acting in the Korean film “A Girl at My Door.”
Along with Bae, other famed actresses such as Gong Li of “Coming Home” and Tang Wei of “The Golden Era” were nominated for the best actress section.
Bae said during her acceptance speech, “I’m grateful for grabbing this honor. I will keep working hard regardless of borders and locations.”
In “A Girl at My Door,” Bae plays the role of a female police instructor who is demoted to the head of a local police precinct located in the suburban part of Korea. There she encounters a 14-year-old girl named Do-hee, who is suffering under an abusive father and grandmother.
In Korean, the film is titled “Do-hee Ya.”
Bae debuted in 1998 as a fashion magazine cover model but has built up her career as an actress since then.
In Korea, the 36-year-old has appeared in films such as “The Host” (2006) and “As One” (2012).
When she began to work with a Japanese filmmaker in 2009, she began to garner notice from film industry insiders outside Korea.
In 2009, Bae appeared in “Air Doll,” in which she takes on the role of a life-sized inflatable sex doll.
After watching her performance in the film, Andy and Lana Wachowski contacted her and asked her to appear in their Hollywood film “Cloud Atlas” (2012).
Bae has worked with the Hollywood filmmakers in a couple of projects, including the drama series “Sense 8.”