Savor seasonal seafood at these destinations

Savor seasonal seafood at these destinations 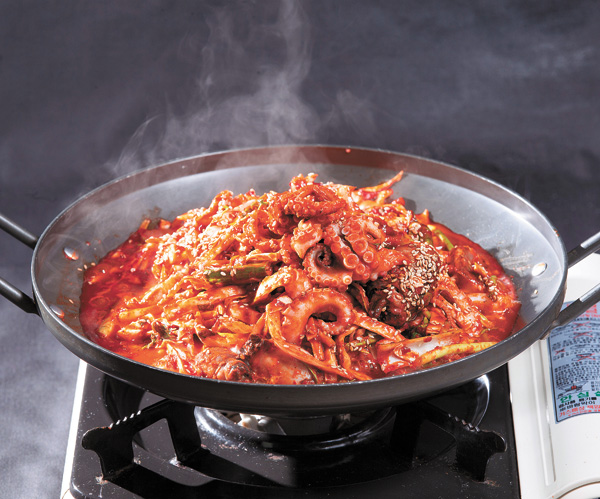 Every season brims with its own delicacies, but there’s something special about spring.

With the mercury shooting up, seasonal greens are sprouting and juicy sea creatures are returning to the nation’s main coastal areas.

Adventurers who plan to embark on an excursion with a focus on food can make the most of the season’s most delicious treats at these destinations.

Called juggumi in Korean, this smaller version of octopus is much tenderer yet less expensive than its larger counterpart.

It is also enjoyed in various ways - sometimes cooked in a stew with a clear broth or stir-fried with spicy sauce. Its versatility means it is much loved by gourmets of various ages.

Webfoot octopus is available throughout the year as a great deal of this seafood is imported from China and Thailand.

But March is when the smaller octopus is harvested here. 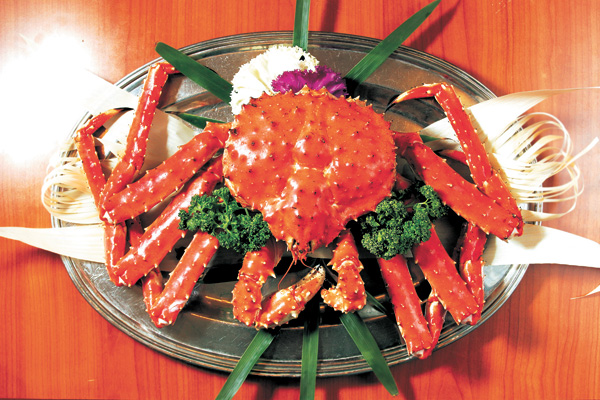 The harvest season for snow crabs starts from December, but they are at their most fleshy in March and April.

Earlier this month, the JoongAng Ilbo, an affiliate of the Korea JoongAng Daily, visited Hongwon Port in Seocheon, South Chungcheong, which is famous for its webfoot octopus.

The area already had a touch of warm spring.

“They say it is hard to find domestic webfoot octopuses up in Seoul,” said Kim Jo-kyu, 68, the head of the region’s fishing village cooperative.

Kim and his fellow fishermen began harvesting the species from early this month to prepare for the upcoming webfoot octopus festival that will be held between Saturday to April 3.

“If you want to eat genuine webfoot octopus you should come here,” Kim added.

The forecast for this year’s webfoot octopus harvest is not promising, though.

Due to less production, Kim added that the cost of the creature is slightly higher than a year ago. 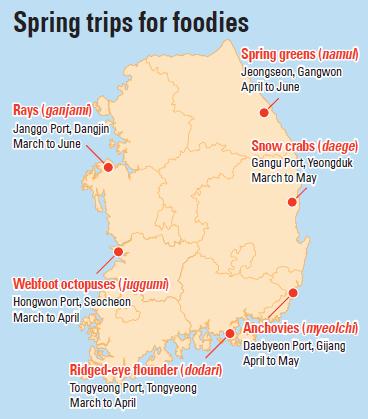 But there are still ways to eat the multi-legged creature at cheaper prices.

“You can buy more webfoot octopuses during weekdays than weekends for the same price if you plan to visit here,” Kim said.

Of the many ways to enjoy the seafood, many people prefer to eat it by blanching it inside boiling broth for a few minutes along with assorted vegetables.

This flat fish has several different names in Korean - from gajami to ganjami to gaengjimi - depending on the region you’re in.

Since the fish flocks to the coastal lines of the western sea when spring comes, it is easily caught between this month and April.

The fish is cooked in a couple of ways, but the most common way to enjoy it during springtime is to eat it raw because the fish gains the most weight during this season. 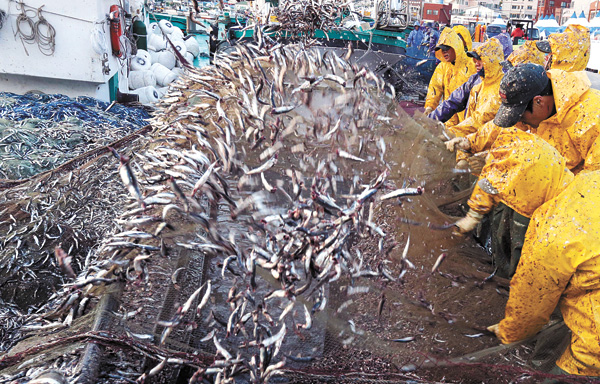 Anchovies caught from the sea off Busan are served in several ways. Sometimes they are grilled or sometimes seasoned with sweet, sour and spicy red-pepper paste sauce.

Spicy, sour and sweet red-pepper paste is added to the raw fish along with chopped apples, water parsley and cabbage.

When the dish is ordered, rice is served in a big bowl and people are recommended to mix it with the spicy raw ray and vegetables.

The eastern coast of the nation is frequented by visitors who hope for a bite of juicy, fat snow crabs during the winter, but gourmets in the know hit the road in March to sample this seafood.

“We catch snow crabs between December and April, but they taste best after Jan. 15 in the lunar calendar,” said Lee Chun-guk, who represents an association dedicated to the preservation of Yeongdeok snow crabs.

Yeongdeok is the name of a region in North Gyeongsang that is synonymous with these crustaceans.

“From that day, crabs are at their plumpest for about two months,” he added. 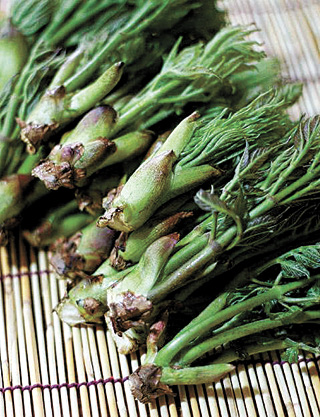 Of all the spring greens, dureup, or edible shoots of the fatsia tree, is in season in April.

Since Jan. 15 in lunar calendar falls on March 5 this year, you’d better hurry up if you want to taste the best snow crab.

When the sea becomes warmer, the snow crabs move to deeper parts of the ocean from May.

Fishing for the creature is prohibited between June and October.

Snow crabs are relatively expensive compared to other types of seafood. Some are caught from the coastal areas while others are harvested from far into the sea.

There are three types of snow crabs: snow crab that is caught from coastal lines; bakdal daege, or bakdal snow crab; and red snow crab.

Of all the three types, bakdal snow crab is the most expensive, but people with a discerning palate are willing to shell out for them.

“But overall prices are higher than last year.”

At Gangu Port, located in Yeongduk, there are about 120 eateries which serve snow crabs as their main dishes.

They serve multi-course set menus, which start from steamed snow crabs and end with stews and mixed rice. The course menu is priced at 200,000 won for four persons.

The No. 1 spring treat in the southern part of the nation is ridged-eye flounder, or dodari in Korean.

Unlike other fish, which are often grilled or steamed, the ridged-eye flounder is eaten in a soup with mugwort added to it.

The mugwort plant, which is often used in rice cakes, is also in season between this month and April.

In front of Tongyeong Port, South Gyeongsang, a string of restaurants that serve the fish soup dot the main road that leads to Seoho Traditional Market.

The eateries are packed with visitors whenever spring comes, so people queue up in front of the restaurants as early as 8 a.m.

The recipe for the fish soup with mugwort is pretty simple. Only male fish are used because the soup is complete when the creature’s semen is added, which gives it a deeper and richer taste.

Only fresh ridged-eye flounder, mugwort and a little bit of pepper is needed. A pinch of salt or a spoonful of soybean paste can be used to season the soup.

No matter how long the soup is boiled, the texture of the fish remains chewy without becoming soggy.

Anchovies have never been the main dish on Koreans’ dining tables, but the fish is treated differently in Gijang, Busan.

Anchovies harvested from the sea off Busan are much bigger than those used for broths or side dishes. Each anchovy is about the size of a man’s index finger.

At Daebyeon Port, anchovies are grilled on a grate. Only coarse salt is sprinkled on the fish, but the smell of it cooking makes passersby stop and peek inside the restaurants lining the area.

A plate of grilled anchovies costs about 10,000 won and is enough for two persons.

Bitter and savory spring greens are everywhere at Jeongseon’s Five-Day Market in Gangwon.

These spring greens are considered some of the most invigorating foods because they are believed to store up the energy from the earth until they sprout.

Most of the spring greens have a bitter taste and are harvested from deep mountains of the province. In April, dureup, or edible shoots from the fatsia tree, are in season.