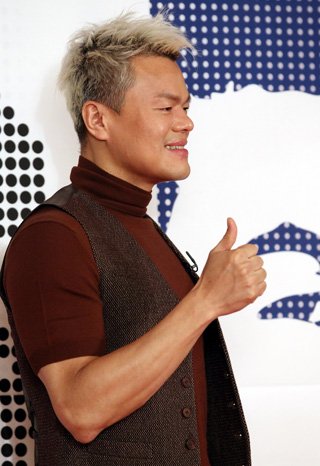 Singer and producer Park Jin-young will release a solo album in April.

According to multiple industry insiders, Park, who heads JYP Entertainment, the agency of musicians such as Miss A and 2PM, will release a digital single soon and is adding the final touches to his upcoming record.

The last time the 43-year-old singer released an album was in September 2013.

He has been preparing for the album while assisting other musicians with their comeback in recent months.

Having started out in 1993 as a singer, Park became a sensation because he had an alternative look in a music scene that was heavily dominated by pretty male singers.

But Park, who could sing, dance and write songs, instantly stole the spotlight and later launched his own entertainment agency, which is one of the country’s major three, along with SM and YG Entertainment.

Park has not been working on his singing career for a while but has been appearing on TV as a judge for the TV audition show “K-pop Star.”