Coloring is no longer just for kids

Coloring is no longer just for kids 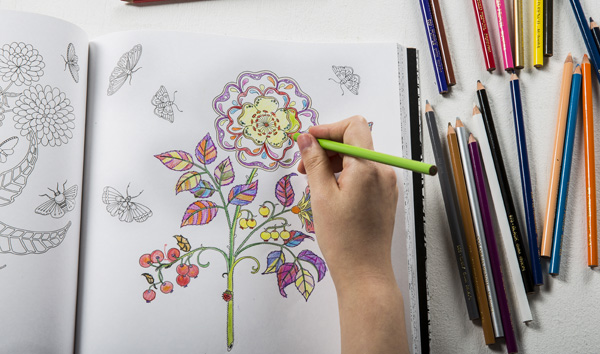 Coloring books for adults have been gaining traction in Korea since the latter half of last year. Insiders say the books are still popular, adding that coloring books appear to have become a new genre in the country. [JoongAng Ilbo]

Stress and anger are two things Koreans tend to deal with constantly.

Some cope by working out. Others eat. Some go clubbing or partying.

But there are also people who color, and in the process find peace of mind.

The idea of having to sit down and be still for hours may not appeal to some. Or the fact that they have to draw inside the lines could seem boring and pathetic, a suppression of artistic freedom and creativity.

Nonetheless, statistics - and a visit to the bookstore - prove that coloring books for adults in Korea have been seeing rising sales for more than six months now, with market watchers saying they seem to have secured a place as a new genre.

It stayed at the top of the best-seller list for several weeks in a row. 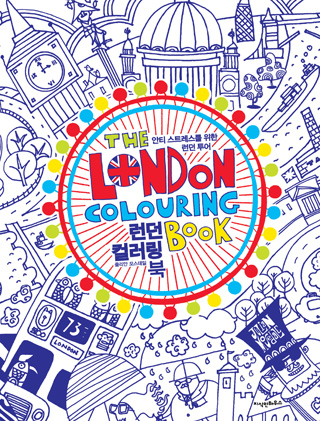 Attesting to the fact that this wasn’t just a fad, about 100 coloring books catering to those who are young at heart were released in the following five months, insiders say, and they were still doing rather well even as people rang in the new year.

Market observers attribute the success to social media. Besides being fun on their own, the books have enjoyed added limelight as people post the completed coloring projects on their blog, Facebook, Instagram or other social media accounts. If you tag “coloring,” the results number in the tens of thousands.

Market watchers say coloring books have clearly taken over literature on food, restaurants and cooking, which have been the long-time top sellers in the health, hobbies and leisure categories. 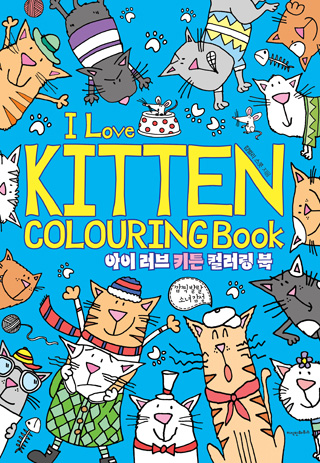 “We decided to get these books to work on them together,” she said.

They chose “Secret Garden” and “Art Therapy Coloring Book,” which features famous paintings. Lee hopes the latter will be educational for her daughters, who are aged 3 and 5.

Insiders say that while these books mostly appealed to women in their 20s and 30s in the beginning, their appeal has expanded to the older generation - and even to some men.

“I heard coloring books are popular today among middle-aged women,” one man in his 20s said, “but for some reason I find myself attracted to them too.”

According to Kyobo Bookstore, between last August and this January, women aged between 21 and 30 made up 36 percent of those that bought coloring books. Women aged 31 and 40 came next, at 26 percent, followed by women aged 41 and 50, at 14 percent. 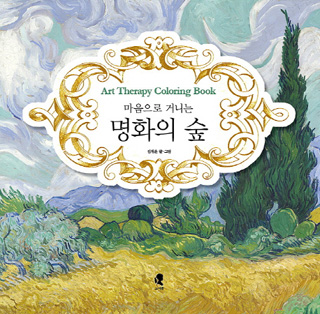 In reference to “Secret Garden,” Jo Yeong-jae, a manager at Kyobo, says, “It’s rare for one book to stay at the top of the chart for this long in the category of health, hobbies and leisure. .?.?. It appears [coloring books] are here to stay, not as best-sellers but as steady-sellers.”

Sources say Basford is expected to release her new book this month and that it will be introduced in Korea not long after.

Her “Secret Garden” has sold about 240,000 copies so far, a rare record in recent years. But initially, the publisher wasn’t sure how people would react. To be safe, they printed just 2,000 copies. But they sold out in only three days. A reprint of an additional 3,000 copies also sold like hot cakes. So far 20 prints have been published. 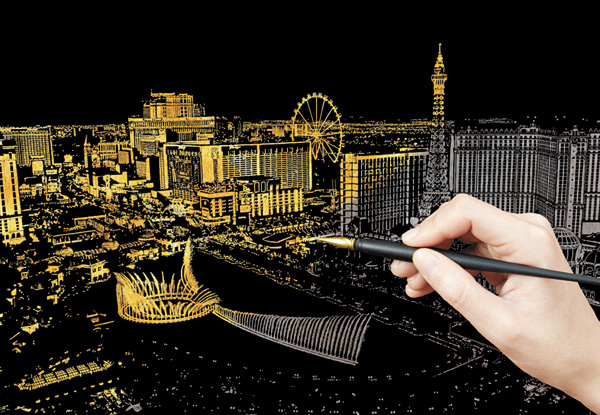 In scratch-drawing books - essentially a spinoff of the coloring book - people can reveal a beautiful drawing by scratching out lines in black foil with items such as coins. [JoongAng Ilbo]

In these scratch-drawing books - essentially spinoffs of the coloring book - a beautiful cityscape of New York and Paris is unveiled when users take a coin to the black foil upon the pages.

Such books were released last December, just as coloring books were starting to prove that they were here to stay.
People in their 20s and 30s have responded positively to the scratch-drawing books, which remind this generation somewhat of the rewards that came in boxes of chocolate or cookies when they were young.

“It reminded me of my childhood years,” Lee said. “Also, I’m into architecture. I plan to complete all the cityscapes, frame them and put them on the wall.”

Ha Seong-yong, the head of Lagodesign, which published the book, explained that the book gained popularity as soon as it was showcased at the Seoul Design Festival last November.

He added that books in the form of postcards and maps are also faring particularly well.

Other items benefitting from the popularity of coloring books are colored pencils. As the books are for adults, high-end brands such as Faber-Castell and Staedtler are doing well.

“We have low stock as sales rose 30 percent on-year,” an official at Faber-Castell said.

Currently, coloring books from abroad account for 90 percent of the Korean coloring book market. But as the genre is gaining traction, more and more Korean authors are introducing their creations.

“Art Therapy Coloring Book” is by a Korean author but is reportedly about to be released abroad.

Many people who bought the book posted the colored-in pages on their social media accounts, which is how a publisher in Taiwan came across it. The publisher wanted to introduce the book in the Taiwanese market and contacted the author. “Art Therapy Coloring Book,” as a result, will be published in Taiwan this month.

Social media also played a big role in the success of “Secret Garden” in the Korean market. Park Jeong-wu, the marketing head at Keul Publishing Company, said, “We learned through Twitter that coloring books were popular in Europe and decided to sign a contract for ‘Secret Garden.’?”

When the company tweeted about the book’s launch it was retweeted 3,000 times, he said.

“It was then we were certain that the book would be a hit.”

Observers note how coloring books, which are rather retro, have become a trend because of technology such as social media.

Kim Su-jin, 40, who has been into coloring lately, says, “I’m not into sports and I can’t draw, so I was in constant search of hobbies and interests through which I could release my stress.” She explained that she finds coloring easy because the outlines for the drawings are already there, and that sharing the result through Instagram adds fun.

“These days I open my coloring book whenever I have a short break,” she said.

“Most people who color in upload the photos on social media, which naturally helps with marketing the books,” said Kim Yi-yeon, the head of Geuyeoreum Publishing Company.

Taeyeon, a member of the famous K-pop group Girls’ Generation, posted a photo on Instagram of her coloring in the book “Kate Greenaway’s Coloring Book- My Girl,” published by Geuyeoreum. The book, as a result, gained the nickname “Taeyeon Coloring Book” and quickly made its way up the best-seller list.

Kim Seon-hyeon, a professor of Cha University’s art therapy graduate school, pointed to the trend of “healing,” or relieving stress, and nostalgia for childhood as reasons behind the sudden popularity of coloring books for adults.

She added that many people are interested in art but that the pressure to draw well has discouraged people. Coloring books already have outlines, which relieves that pressure.

“Digital devices and smartphones endow contemporary people with convenience and speed,” she said. “But at the same time, people do get sick and tired of them at one point.” She considers that these books offer a short but sweet escape from work and daily routines, as well as the pleasure of art.