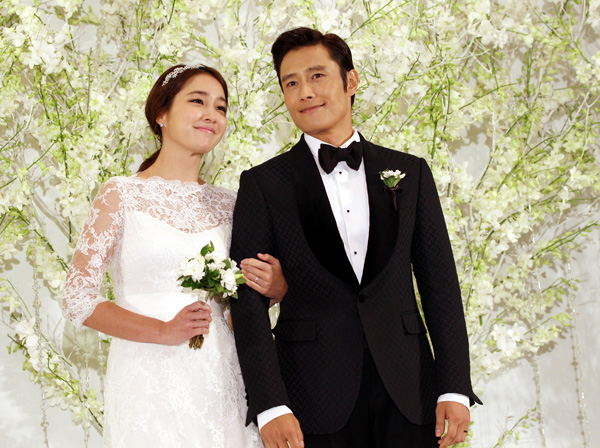 It is a baby boy for actor Lee Byung-hun and actress Lee Min-jeong.

The agencies of both actors released a joint press release Tuesday to announce that the actress had given birth.

“Lee gave birth to a healthy baby boy on Tuesday morning at a clinic located in Seoul,” the agency said. “Both the mother and baby are recovering well.”

Lee’s due date was April, but her agency said she went into labor and had a caesarian.

Actor Lee also released a statement through his agency BH Entertainment on the same day.

“With the birth of a new life I came to think about the important things in life,” said the actor. “I will make up for the things I’ve let you down on by living well. I hope you will look at the mother and baby with a warm heart.”

Lee was in Hollywood to shoot “Beyond Deceit,” but he put it on hold and came back to Korea to be with his wife.