Director delves into net's dark side

Director delves into net's dark side 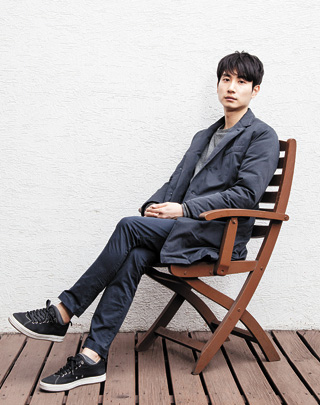 As the virtual world and real life become increasingly inextricable, verbal abuse on the Internet can spill into reality - with violent consequences.

Director Hong Seok-jae’s latest indie feature was inspired by a striking trend in which young online users have begun to vent the anger they usually reserve for the web in actual society.

He decided to bring the issue to the screen in “Socialphobia,” which was released last month.

The movie is loosely based on a true story. It starts with a group of male teens and young men in their 20s gathering to punish Lena, a woman who tweeted a negative comment regarding a news article about a soldier committing suicide.

The film had made around 553 million won ($498,612) in accumulated ticket sales as of Monday, according to the Korean Film Council, which is a successful run for an indie flick.

The JoongAng Ilbo, an affiliate of the Korea JoongAng Daily, interviewed Hong to delve further into why he wanted to explore this relatively new phenomenon and the reason why people in their 20s are prone to launching vendettas against others online.

Q. What inspired you to make a movie about an argument that started on the Internet?

A. During the Beijing Olympic Games in 2008 one woman made a malicious comment about an athlete who failed to win a gold medal. Some of the netizens found her [personal details] and confronted her for what she did, but the woman’s reaction was interesting to me.

Usually when people have their personal information revealed online and the level of criticism gets intense, they get scared and stay low. But she didn’t. That really aggravated some netizens, and they tried to start a group online to confront the woman offline, but that didn’t happen in the end.

One of the men who was part of arranging the vendetta online reported what was happening in real time through an online channel, and that became the talk of the town among netizens. People ran over to the PC room near the woman’s house to share their ideas on the issue.

In the movie “Socialphobia,” people use websites and mobile devices to track down an online user who expresses a point of view in opposition to their own. [JoongAng Ilbo]

But their way of communicating with one another was very memorable as they didn’t really face each other in person but sat on each computer at the PC room and posted their opinions on a website. This really showed the gist of what Internet culture has become recently.

Your movie also starts with a group of men in their teens and 20s who want to punish a woman named Lena. You built up your script based on a real-life story up to that point, but how did you come up with the rest of the plot?

So a group of people raided Lena’s house, but she was found dead. I wanted to set the scene that way, but it wasn’t easy to unravel the story afterwards to explain why Lena died. In fact, what I wanted to show in this movie wasn’t how she died. I was more focused on explaining why the group of people wanted to embark on an offline confrontation against Lena and how they acted as a group after they found her dead.

The answer came when another colleague suggested that one of the members of the group could become a victim of the situation, just like Lena did. We thought the fact that another person became a victim like Lena could explain her death. Also, that choice for the script was to show the essence of the online world.

Absurd things are repeated relentlessly on the Internet, don’t you think?

Why did you focus on this particular phenomenon?

I didn’t want to just touch on Internet culture. I wanted the audience, who are already deeply into the culture, to feel that [what’s shown in the movie] is incredibly real, and that viewers with no prior knowledge of this can experience what kind of culture has been implemented online.

In the movie, the group that gathered to punish Lena did not get curious about who Lena was or whether their actions led to her death. They focus on finding out who the real killer is to avoid any blame falling on them.

So this movie searches for why people in their 20s fall into violent online cultures. In that context, what does the line, “Kids these days have a strong ego, but they don’t really have any supporting elements to sustain their ego” mean? 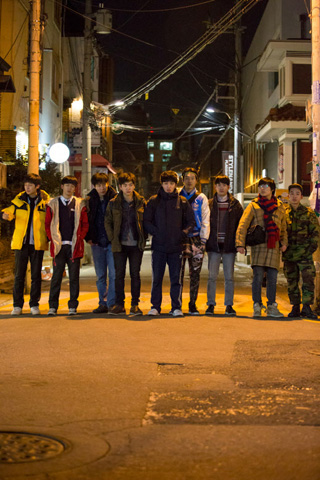 Men in their teens and 20s gathered to face Lena, who left a malicious comment about a soldier who committed suicide in the movie “Socialphobia.”

While I was writing that part, I focused on what was the core of the many emotions I had back in my college days. I wanted to become something so soon, but I was nothing in real life. It was hard for me to bear that feeling. I recalled that feeling I had when I was writing.

Do you really think that this is what people in their 20s feel these days?

Yes, not just people in their 20s who have fallen into the world of the Internet, but the entire generation wants to be “the one,” instead of being “someone.” I think society also takes part in spreading such an idea. Because it is easy for them to give themselves some glamorous cover online, they become more active in a variety of Internet activities.

Do you expect people to sympathize with why youngsters fall into such a violent culture?

I think both sympathy and antipathy are included in the movie. These feelings are from my own mind.

You just entered your 30s. Do you feel like you are part of that generation?

Yes, this movie was born after my endless self-reflection and consideration.

Is there anything you want to say to people who are in their 20s nowadays?

We live in a world where people want to become more powerful than they actually are. I think the bigger the gap is between real life and imagination, the easier it is for the mind to suffer. I think they need to practice how to admit the difference and accept it.