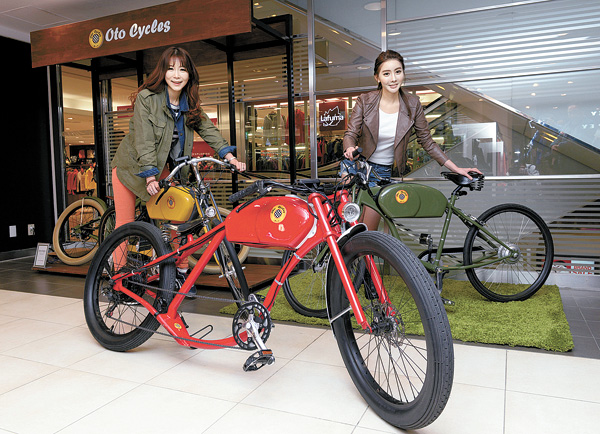 OTO Cycle, a Spain-based electric bicycle company, opened a popup store on Tuesday at Lotte Department Store in downtown Seoul. The company is known for its classic designs, and all its bicycles are handmade with seats by Brooks, a 150-year-old British company. The OTOK Bike sells for 5.9 million won ($5,319), and the OTOR for 7.9 million won. The bikes will be on display through April 26. Interest in electric bicycles has steadily grown here, with more Koreans taking up cycling as a hobby. The Korean electric bicycle manufacturer Mando announced recently that it will display its Footloose electric bike at the upcoming Seoul Motor Show. [NEWSIS]