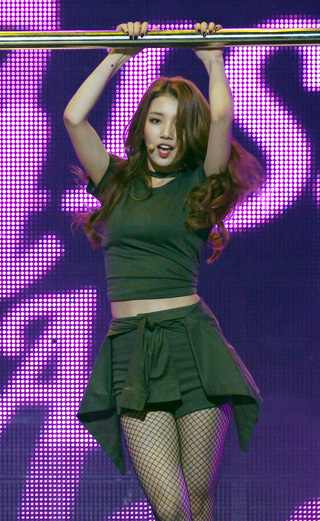 Singer-actress Suzy from the girl group Miss A has joined the Honor Society.

Community Chest of Korea, a local charity, said in a press release Wednesday that Suzy has become the 791st member of the Honor Society, a club for those who donate more than 100 million won ($90,700) to the organization.

According to the charity, Suzy signed a contract Wednesday morning in which she promised to donate 100 million won over the next five years.

People who donate more than 100 million won or those who sign a contract to give that amount over five years are eligible to join the Honor Society.

Suzy has shown an interest in supporting and donating money to children suffering from life-threatening diseases such as leukemia.

In addition, the singer has regularly participated in events where she could sponsor orphaned children as well as elderly people who live alone.

The singer donated 50 million won to the victims of the Sewol ferry disaster, which took the lives of more than 300 people last April.

Suzy is the seventh celebrity to join the Honor Society and the second girl group member after Yoona from Girls’ Generation.

The Honor Society was founded in 2007 to encourage a culture of donating in Korea.