Playing host is a surefire way to blow tax money

Playing host is a surefire way to blow tax money 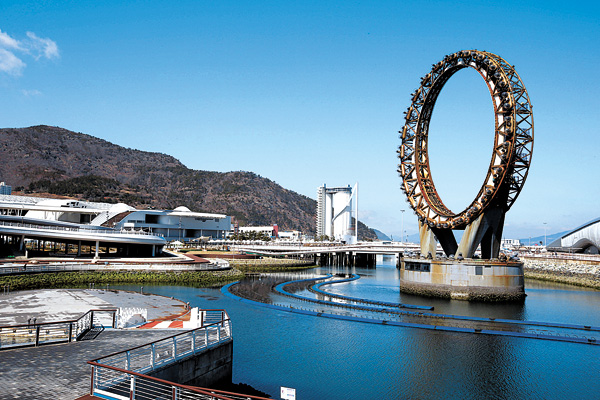 After running only three months in 2012, the Yeosu Expo has so far drained 15 billion won (13.6 million dollars) in maintenance fees over two years. Pictured above is the Big-O installation, one of the expo’s most popular attractions.[JoongAng Photo]

When the Yeosu Expo 2012 wrapped up its three-month run on the southwestern coast of Korea, attracting 8 million visitors from more than 100 countries, the Yeosu city government was confident it could sell around 95 percent of the complex to private investors.

It expected 530 billion won ($481 million) to tumble into the city coffers from those deals. Total investment in the expo was 1.8 trillion won.

But in the first tender offer for the sites later that year, no entrepreneur or business group showed any interest. Three years have passed since the international marine expo kicked off in the South Jeolla city and it’s still costing plenty in maintenance costs - and lots of taxpayers’ money has gone down the drain.

Of the 20 buildings that were built for the expo, only eight remain standing, and the rest were demolished. The largest, the dramatic International Pavilion, still towers above its 250,000-square-meter (61-acre) site. But 40 of its 60 rooms are empty. 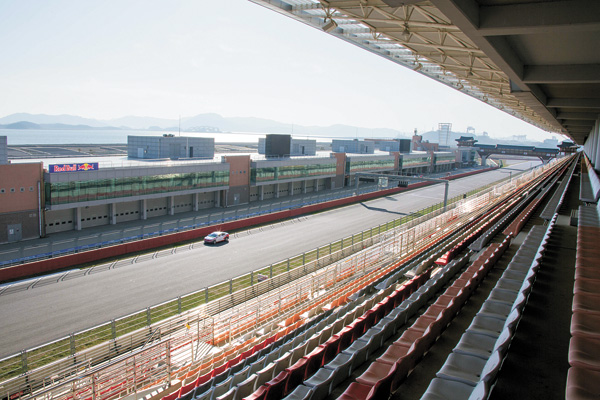 The rest are rented out to a few companies that use them as offices or cafeterias.

Over the past two years, maintenance fees have run around 15 billion won, all of which was funded by the central government. That’s on top of the 60 billion won total loss from the expo, which sold far fewer tickets than was hoped.

The Big-O, a donut-shaped machine set in the water that projected holograms and sprayed giant jets of surf, was the most popular installation among the visitors. It was far too expensive to maintain.

“If we tried keeping the Big-O in good shape, we probably would have had to spend billions of won more,” said Lim Yeong-chan, the head of a committee that was supposed to figure out how to use the expo site after the visitors stopped coming.

In this second and final part of a series on wasteful spending by regional governments across the country, reporters from the JoongAng Ilbo set out to find how regions that spent heavily to host international events are making use of the extravagant facilities they built.

Most - if not all - proved to be financial black holes for the country’s taxpayers.

“When government officials vet the validity of hosting an event,” said Jeong Hee-jun, a sports sciences professor at Dong-A University in Busan, “they really have to ask themselves whether they’ve drawn a blueprint for how they’re going to operate the facilities in the future.”

One city that failed to heed that bit of common sense was Chungju in North Chungcheong, which hosted the 2013 World Rowing Championships, which called for a 99 billion won total investment. Revenues from the event were a mere 13.7 billion won.

A couple of companies rented some facilities last year and ran restaurants, coffee shops and a convenience store, leading to revenues of less than 50 million won. The main building on the site was used as a conference hall, bringing in roughly 17 million won more.

Maintenance fees, on the other hand, soared to half a billion won last year. Lee Du-young, head of the Chungbuk Economy Society Research Institute, said the week-long rowing regatta was an ostentatious trophy for the regional government - but tax payers were stuck with the bill.

One rural area that managed to break the stereotype of host cities pouring money down many drains is Yeongam County in South Jeolla, which in 2010 launched the Korea Grand Prix, a Formula One race.

The Formula One aspiration hasn’t worked - after four years the annual race was called off in January.

But by offering the tracks for car racing events and automobile test-drives, the county government last year earned more than 500 million won.

With the 2018 Winter Olympics coming to Pyeongchang County in Gangwon, all eyes are seeing how wisely they plan their investments. The country is planning to spend some 820 billion won on constructing ski slopes and convention halls. The venue for the opening and closing ceremonies alone will cost 123 billion won.

According to statistics by the Korea Development Institute, the Pyeongchang facilities will likely require 20 billion won for annual maintenance fees, whereas revenues will only cover half of that, leaving the rest to be paid by tax money.

The organizing committee is said to be discussing whether to downsize some stadiums and design buildings in a way to make dismantlement easy and cheap. The Korea National Sport University in Songpa District, southern Seoul, has shown an interest in purchasing one newly built stadium after the games and use it as its satellite campus, Gangwon provincial officials said. The school might open the stadium up for public use so that people can enjoy winter sports programs led by its staff.

“A lot of leisure sport fanatics from Seoul will visit the campus if it’s equipped with programs run by professional trainers,” said Lee Yeong-ju, from the Research Institute for Gangwon.

A road directly linking Seoul and Pyeongchang County, which is currently under construction and should to be finished in 2017, will help that idea, added Lee. Choi Yeong-jae, a communications professor at Hallym University in Chuncheon, Gangwon, said the organizing committee must find ways to draw international tourists from China and Southeast Asia to Pyeongchang.

“If Pyeongchang persuades a local university to reshape the Olympics media center into a promotion hall for Hallyu, or the Korean Wave,” Choi said, “the county will certainly save itself from becoming a post-Olympic ghost town.”