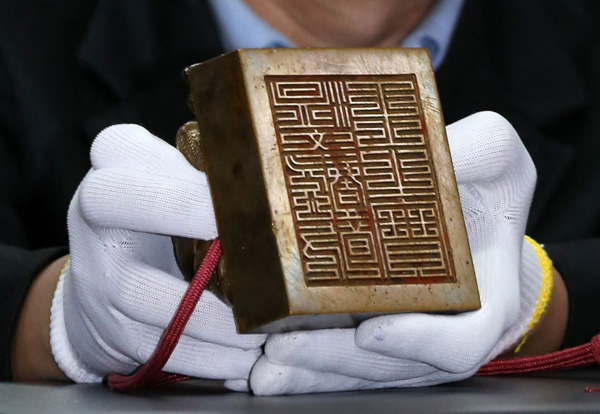 The royal seal of Korea, made in 1471, is returned to Korea on Wednesday from the Seattle Art Museum after having been displaced for nearly 70 years. The seal of Deokjong (1438-1457) - a crown prince during the Joseon Dynasty (1392-1910) - was lost some time after 1943. A collector in the United States donated it to the Seattle Art Museum in 1963. The return ceremony was attended by Kimberly Rorschach, the director of the museum, and Rha Sun-hwa, the head of Korea’s Cultural Heritage Administration. By Shin In-seop