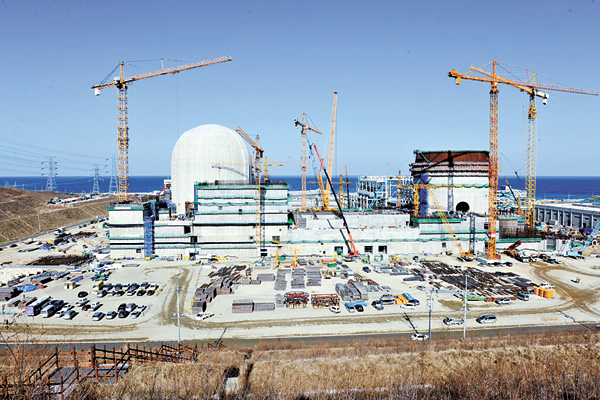 The Sinhanwool 2 reactor was manufactured by Doosan Heavy Industries.

The reactors are locally developed, and known as APR1400 - the same type as the Singori 3 and 4 reactors in Gyeongju, and those exported to the United Arab Emirates.

The model is capable of generating 1,400 megawatts of electricity and is designed to last up to 60 years.