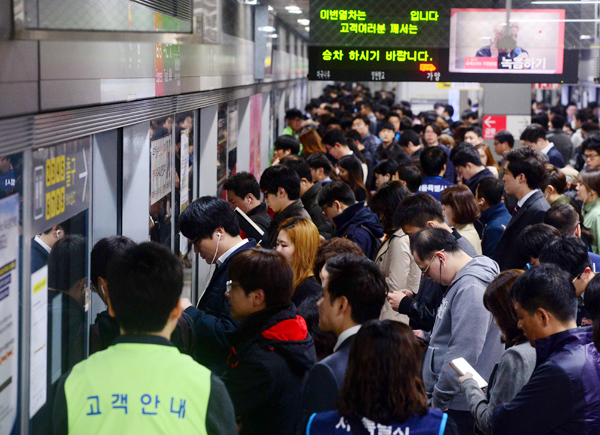 There is a lot of power in details. One tiny element can make or break a picture. Details disguised as statistics are often enormously powerful. A tough guy can be turned into a lamb in front of numbers. But statistics are imperfect and easily manipulated. There is a saying, “The devil is in the details.” When someone argues that a statistic represents the truth, it’s best to put up one’s guard. A statistic can be a
devil that perverts the truth.

Bill Gates used various ways to introduce a list of books that he recommends every year. This year, he talked about six titles at a TED conference. One of them was “How to Lie with Statistics,” a book written by Darrell Huff in 1954. It has been translated and published in Korea.

The book illustrates a wide range of ways to manipulate statistics. One example was the U.S. Navy’s recruitment advertisement. The Navy said the death rate of its sailors in wartime was nine out of 1,000, while the death rate for New York City residents was 16 out of 1,000. It gave the illusion that a battleground was safer than New York City. The crucial deception was the sample of 1,000. While sailors are
men in their 20s, New York City residents are hardly that young and healthy. They include many sick and elderly people.

Recently, the CEO of Gallup, a multinational polling company, criticized unemployment statistics. He said the White House, Wall Street and the media conspired to deceive the people about the reality of unemployment. Anyone who works a couple hours a week and receives tens of dollars is excluded from the unemployment statistic, he argued.

A similar controversy was seen in Korea. In South Gyeongsang Province, a debate has heated up over a poll on free school lunches. A polling company presented a survey that showed 34 percent of the residents supported free school lunches for all children, while 63 percent supported free lunches to kids in need. It was a survey advantageous to South Gyeongsang Governor Hong Joon-pyo. The opposition party presented a counterargument. The poll asked “Is it appropriate to give free school lunches to all students regardless of their families’ incomes, even if it requires more government assistance?” The opposition party said the question was deceptive. It said the phrase “even if it requires more government assistance” made the question deceptive. In another poll conducted by liberal media, more than half said they oppose the suspension of free school lunches.

It is extremely dangerous to establish a strategy based on imperfect statistics. The troubles of Subway Line No. 9 is proof. The groundbreaking ceremony for Line No. 9 took place in 2002. In 2000, a private company conducted a survey on potential use of the line. The study showed that 380,000 people would use the line daily. Another study by the Seoul Institute in 2004 said 310,000 would use the
line. But in 2005, four years before its operation, the state-invested Korea Transport Institute presented a study that said only 240,000 would use the line every day.

At the time, rapid transit lines in Yongin and Gimhae were criticized for having failed to have proper estimations of passengers. Their trains were almost empty.

Based on the most conservative estimate, the private investors in Subway Line No. 9 assigned four-car subway trains. Other lines were using eight cars or 10 cars, and the number was far too small. Once the line started operating, about 400,000 people used it daily.

Statistics do not always tell the truth, but the truth without statistics can be hollow too. Statistics, therefore, are assets of trust in our society. Statistics that are poorly created or manipulated are the destroyers of trust. They provide distorted views of our future. When a policy fails, the institution that provides studies must be held accountable as much as the implementer of the policy. Only then, we can
have transparent and prudent statistics.

The troubles at Line No. 9 shows why Bill Gates recommended to the public a book that was published six decades ago. In a modern society, where things can be packaged with numbers presented as truth, we need such insights. We need at least three standards.

First, we have to observe the components of the statistics such as the samples and the variables. Second, we have to pay attention to the polling company or the institute that commissioned the poll. We have to see if there is any conflict of interest. Third, we must not create a strategy for the future based solely on statistics. Without any insight or verification, it will turn into a devilish problem.