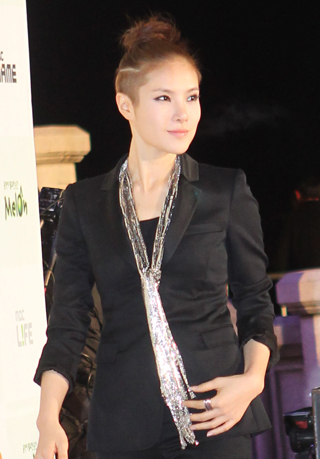 Soloist Gummy will remake songs that were considered masterpieces in the 1990s. It is the first time for Gummy to release a cover album since her debut in 2003.

The album is currently in the process of completion and the 34-year-old singer confirmed that she will release the album on April 17.

The album will contain songs by male vocalists, which she converted into her own style.

Gummy is renowned for her soulful, deep voice.

She wanted to reinterpret songs that had existing popularity but perform them in a new style, according to C-JeS Entertainment, the agency of the singer.

“She has received favorable comments in solo concerts and TV programs for excellent performances singing other singers’ songs,” said an official from C-JeS Entertainment in a press release.

After releasing the new album, she is planning a comeback show. Gummy is currently preparing a solo concert entitled “Fall in Memory,” which will take place at the Ewha Womans University Samsung Hall in western Seoul, on May 1 and 2.

Gummy broke onto the music scene in 2003 and has been releasing albums continuously since.

Her most recent was an original song “Star Dust” used on the soundtrack for Korean drama series “The Spy” (2015).