K-pop pins its hopes on holograms

K-pop pins its hopes on holograms

A hologram of K-pop singer G-Dragon, a member of the K-pop boy band Big Bang, in the concert “Awake.” Everything on stage including the props are digital, projected images. Provided by NIK

Kang Won-rae used to rule the stage with his flashy dance moves as a member of the dance duo Clon.

That chapter of his life came to an abrupt close in 2000 when he was gravely injured in a car accident. Ever since, he’s been unable to take a single step and uses a wheelchair.

His partner in Clon, Ku Jun-yup, also known as DJ Koo, stopped performing as a singer and dancer after the accident, too. Koo told reporters that he couldn’t overcome “feelings of guilt towards his long-time friend, who will never dance again.”

That is true in the flesh. But thanks to modern technology, people in their 30s and 40s who grew up listening to songs by the duo, which had a number of hits, are going to be able to see Clon in concert in June when a new concert venue opens in Jeju Island.

And thanks to the advanced technologies of a hologram concert, or virtual concert, they will also see Kang and Koo dance.

NIK, a company specializing in hologram concerts, said the new venue in Jeju will offer various kinds of entertainment for visiting families, and one of them will be Clon’s performances.

NIK is a joint venture among KT, the nation’s second-largest mobile carrier, YG Entertainment, a talent agency that represents acts like Big Bang and Psy, and content company District.

KT establishes hologram concert venues, which it has branded K-Live, while NIK is developing the digital performances. YG, of course, provides the talent. 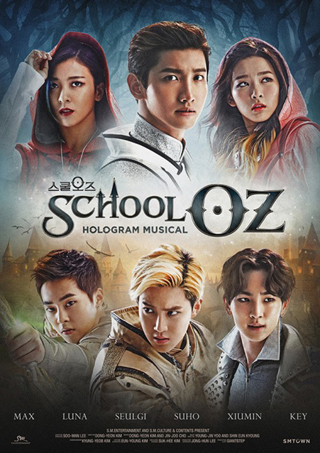 “We will create hologram images of Kang using his old body and his current face,” says Jin Lee, the chief experience officer at NIK.

The hologram concert is the next big thing for the K-pop industry.

In Seoul, the K-Live theater is located in Dongdaemun, central Seoul.

To encourage such a high-tech business, the Ministry of Science, ICT and Future Planning shelled out 2 billion won ($1.8 million) to SM Theater and 1 billion won to K-Live earlier this month.

The hologram concerts of SM and YG are based on slightly different technologies.

At a recent press preview by NIK held at K-Live, Dongdaemun, the hologram concert featuring G-Dragon, a member of the K-pop boy band Big Bang, was almost too realistic. 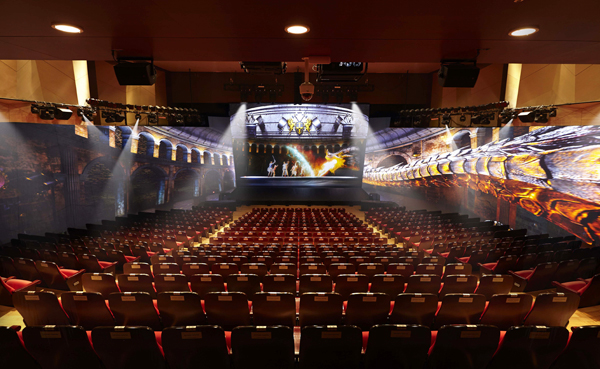 The audience was told that the G-Dragon on the stage was a forged projection but he didn’t look fake at all.

When props soared in the air and there were suddenly five versions of the star onstage, audiences realized it was a virtual concert.

The experience is much better than, say, a 3-D movie, which requires special glasses and can strain the eyes.

The concert brings together various technologies, the makers say.

According to NIK’s Lee, performances by G-Dragon are recorded for three days in front of a chromakey stage and 2-D and 3-D effects are added later along with holographic displays.

Technologies called telepresence and projection-mapping are added, too.

Telepresence is mainly used for video conferences, but for this hologram concert images of audience members, who take photos at a photo zone before entering the concert hall, are used for photos of G-Dragon’s ex-girlfriends during the screening of an introduction video.

During the concert, images of audience members are sent to the main screen and they appear to be standing with G-Dragon on stage.

With digital technology, manipulation of images for the concert is easy.

“We shot eight dancers but we can increase the number of dancers to more than eight,” says Lee.

According to G-Dragon himself, “There are no limits in this virtual concert. I can change the set just by clicking my fingers.”

Such a virtual concert is novel and enticing enough to attract die-hard K-pop fans and the merely curious. But prices are still high, especially for a performance that has been recorded - and can presumably be played countless times.

That’s a price people are willing to pay for real stars. Whether they will for a recording remains to be seen.

Lee says, “In the beginning of the production, we put priority on the reality aspects but we changed direction and are now trying to fill the gap between the real and hologram concerts by adding elements that are impossible in real concerts.”

In other words, they want to offer something you can’t get in a real concert to make the ticket price worth it.

In “Awake,” G-Dragon is seen as life-size from the audience’s perspective - about the size of an index finger. As the concert goes on he grows, and at one point his face fills the stage.

The hologram concert industry is well aware that it can’t rely on K-pop forever.

Lee Mi-yeoun, the director of the virtual culture team at KT, says, “When the technologies are developed, we are thinking about applying them to other genres such as Korean dramas and exploring Korean heritage.”