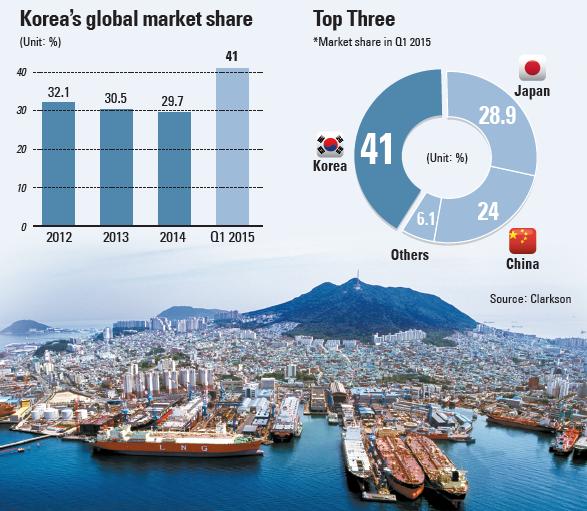 After 23 years spent working at KT, the country’s second-largest mobile carrier, Oh Hyun-ho still thought he had a second chance at life.

Witnessing many senior coworkers fall into despair after retirement, Oh, now 51, wanted his situation to be different.

“I saw how my colleagues, employed a year or two earlier than me, left the company and went off feeling lost,” he said. “I wanted to be able to work longer and better prepare for my future.”

Oh took the civil service exam for a grade-nine position, and in January 2014, qualified for the Welfare Administration Division under the Buk District Office in Gwangju.

Exams for the grade-nine positions - entry level - are held twice a year, once for the central government in March or April, and the other for regional governments in the fall.

Last year, there were 65 contenders for each grade-nine vacancy in the central government. For positions in regional governments, the rate was 19.2 to 1.

In December, 47-year-old Kim Jeong-hun became the newest recruit at the Strategic Industry Division under the Economic Industry Bureau in the Donghae City Government.

A Seoul National University sociology graduate with a doctorate from Tokyo University, Kim said his 5-year-old son prompted him to leave his former job in the retail sector in the capital.

“I had my son at a pretty old age, so I decided to change jobs so that I could spend more quality time with him,” he said.

Recent data hint that Oh and Kim are just two examples of a much broader trend that is quickly sweeping Korean society.

The number of applicants in their 40s and 50s vying for grade-nine civil servant positions in the central government, rose from 2,924 in 2010 to 8,638 last year - a nearly three-fold increase - according to the Ministry of Personnel Management and the Ministry of Administration and Home Affairs.

For those in that age group interviewed for this story, reasons why they steered, or are planning to steer away from their jobs so far into their career, differed only slightly.

The lower level of difficulty on grade-nine civil service exams, compared to grades five and seven, for instance, was one reason, followed by the “stability” that a job in civil service seems to bring. Fixed working hours, from 9 a.m. to 6 p.m., was also frequently cited.

Kim Jae-shin, who heads the Information Technology Division at Buk District Office in Ulsan, welcomed the influx of middle-aged workers.

Kim, who oversees 52-year-old employee Lee Sang-hyo, hired in December, boasted that his new recruit was equipped with the genuine mindset a public official requires.

“Young people whose first job is working as a civil servant sometimes raise their tone when dealing with civil petitioners,” Kim said. “But [Lee] is prudent with their needs and finds out what they’re really asking for.

“He knows what real service is.”