Skywalkers get fresh start from an old friend

Skywalkers get fresh start from an old friend 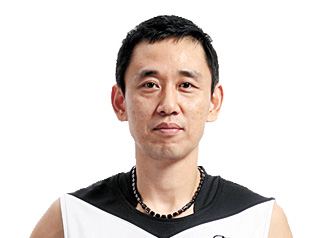 This season was a nightmare for the Cheonan Hyundai Capital Skywalkers, who failed to reach the postseason for the first time since Korea’s professional volleyball league (the V-League) started in 2005.

During the season, the team’s general manager was replaced, and after the fifth-place finish, coach Kim Ho-chul resigned because of his poor performance. For a fresh start, the two-time V-League champion last Thursday named its former player Choi Tae-woong to be the new coach.

Choi, who turns 39 on Thursday, joined the Skywalkers in the 2010-11 season from the Daejeon Samsung Fire Bluefangs and was about to announce his retirement during this offseason.

Now, he is the first active player in league history to move directly into coaching.

“While he was serving as a player, Choi showed leadership by giving technical advice to young players and helping them mentally,” the Skywalkers said in a statement. “There will be no psychological barrier between Choi and players, which will allow good communication.”

Choi said that he was also surprised when he heard from the team that he will be the new coach.

“I think volleyball as a player and a coach is different,” he said. “I haven’t thought about detailed plans, but since I have been communicating with players, building the team shouldn’t be that difficult. Of course, we all need to stick together to recover our past reputation.”

Choi said that he will first focus on forming an assistant coaching staff and having conversations with players.

“We have young players, and I think the harmony between them and the veterans is important,” he said. “I will first diagnose the situation through those conversations with players.”

Despite the team’s recent poor performance, Choi plans to aim high for this next season.

“We have no pressure and we can only go up from here,” he said. “I will give winning the championship a shot.”