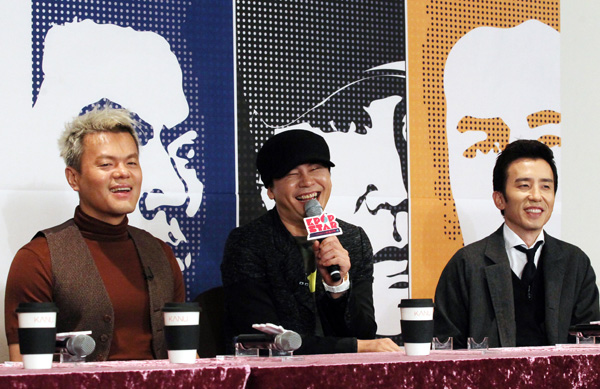 Lee Jin-ah, an indie singer, failed to make it into the final of popular TV audition show “Kpop Star 4” during the April 5 episode.

Other competitors, R&B and soul singer Katie Kim, and Jung Seung-hwan, who is praised as a natural-born balladeer by judges, pictured below, advanced to the final. It will air on Sunday.

The show started in 2011 when almost all Korea’s broadcasters launched their own audition shows. “Kpop Star” is one of the only remaining programs of its kind on the nation’s three major broadcasting channels, however, as it succeeded in differentiating itself from the others.

SM Entertainment participated in making the show for the first and second seasons.

The final winner of “Kpop Star” will win the 3 billion won ($280,000) prize money and the opportunity to start working on an album with an immediate debut.

The winner can also choose where he or she wants to settle out of the three entertainment agencies.

Up until now, “Kpop Star” has produced several musicians such as Lee Hi and Akdong Musician, also known as AKMU, who have made their debut as professional singers.