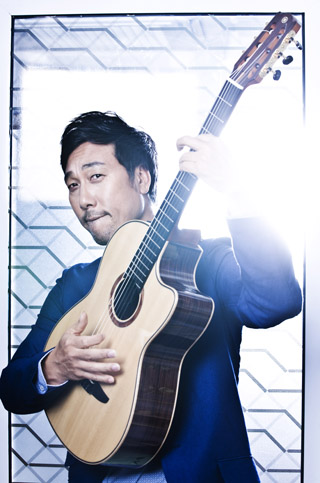 Prior to the release, the singer attended a showcase Monday at Baekam Art Hall in Samseong-dong, southern Seoul, to celebrate.

“I hope listeners will perceive my new album for its new music style instead of focusing on it being my 15th album,” said the 56-year-old singer.

“Paul McCartney from The Beatles is over 70 years old, but he is actively pursuing his music career and is constantly bringing up with a new style.”

He added, “Instead of lingering in the past, I want to make a new direction just like Paul McCartney.”

Lee has worked on the album for three years. He spent 18 months recording his songs and proceeded to work on them in both Korea and the United States.

He received around 200 songs from domestic and foreign songwriters. Out of those he selected nine songs and added them to his new album.

One of the tracks, “She is Coming,” is a duet with Kyuhyun, a member of the K-pop boy group Super Junior.

Lee is also planning to begin his nationwide concert tour on April 15.

Starting from Seoul, the tour will move on to Jeonju in North Jeolla, Busan, North Gyeongsang and Gangwon.

Lee made his debut in 1983. Since then he has been pursuing his career for more than 30 years. He has long been loved by the public and fellow musicians for his lyrical ballads.

Although he released many hits in the 1980s and 1990s, his songs have often been reinterpreted by younger generations on various singing survival audition programs such as “Kpop Star” and “Superstar K.”