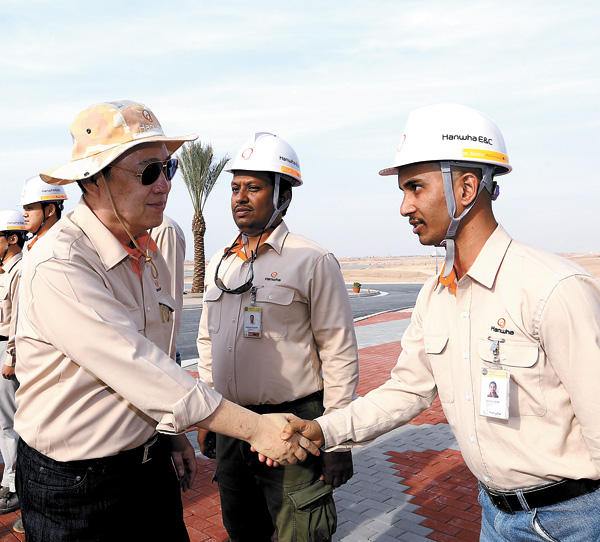 Hanwha E&C on Monday announced it received a construction order worth $2.1 billion from the Iraq government to build basic infrastructure like schools, hospitals, gas stations and bus terminals in the Bismayah New City project.

Since 2012, Hanwha has been signing contracts to design and build Bismayah New City, an 18.3 million square meter (4,448 acre) area 10 kilometers (6 miles) southeast of Baghdad. The new city will be similar in size to the Bundang District of Seongnam, Gyeonggi.

The Bismayah project was worth $8 billion in 2012, and was the largest overseas construction project for a Korean company. With the additional order, Hanwha E&C will have a $10 billion deal.

The new contracts were finalized thanks to Hanwha Group Chairman Kim Seung-youn’s visit to Iraq last December. Kim has been consistently visiting the country. As soon as he was released from a jail term for breach of trust, Kim flew to Iraq to have meeting with Iraqi government officials and Hanwha E&C employees working there.

In fact, he has shown extreme interest in the region. In 2010, when the Korean government formed a delegation of Korean businessmen to visit Iraq, Vice Chairman Kim, who at the time was in charge of overseas business at Hanwha’s construction arm, was told by the chairman to find any opportunities that were available. When Kim told him on his return that housing construction looked promising, the chairman gave full support, telling his top executive that he would take full responsibility for any investments in that area of business.

The construction arm put together a task force consisting of 100 employees, when at the time the total number of employees of Hanwha E&C was 1,500. 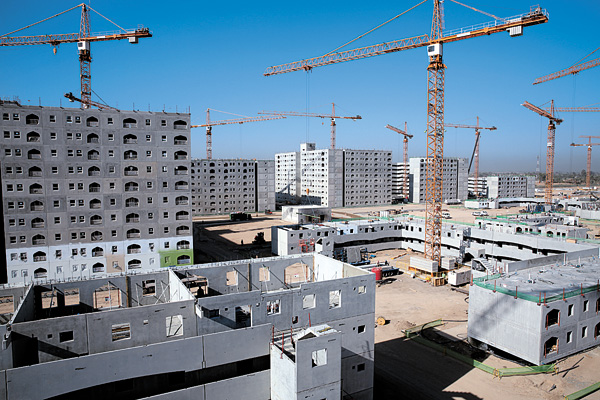 Hanwha E&C’s construction of new apartments in Iraq’s Bismayah. Provided by the company

Hanwha hopes it will be selected to build new cities in other parts of the country. President Park Geun-hye’s recent tour of the Middle East promoted Korean businesses while Korea’s government recently introduced support measures to encourage builders to tap the Middle East’s construction markets. 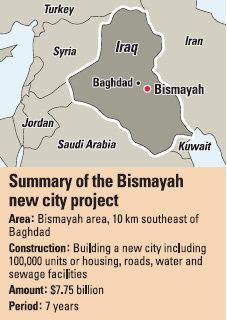