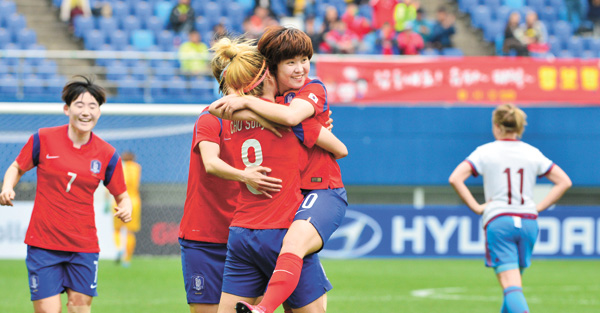 Women’s national team players celebrate their first goal Tuesday in a friendly match against Russia at Daejeon World Cup Stadium. Korea won, 2-0, on goals by Cho So-hyun and Ji So-yun. It was the team’s final friendly at home ahead of the 2015 FIFA Women’s World Cup in Canada in June. [NEWSIS]