Kim Yuna is reportedly back with ex

Kim Yuna is reportedly back with ex 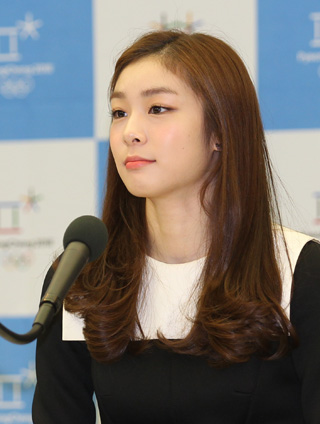 “The two have recently started dating again. Since it is the second time for them to be together after their separation last year, they are being more cautious [than before],” an ice skating industry insider told multiple domestic news outlets on Wednesday.

AT Sports, the figure skater’s agency, did not confirm the relationship, however.

“The 24-year-old athlete and the 30-year-old hockey player’s relationship stage is not clear because it is their private matter,” the agency said.

Hockey player Kim has been spotted wearing a special accessory, which the reports say figure skating queen presumably gave him, and which he allegedly did not wear after he separated with her.

The reports did not mention what the accessory was.

The two got to know each other when Kim Yuna entered Korea University in 2010.

They met again in Taeneung in Nowon, northeastern Seoul, in 2012, where the Korea National Training Center is located.

After the end of 2014 Winter Olympics in Sochi last March, the figure skater acknowledged that she and the national hockey player had been dating for two years.

But while Kim Won-jung was serving in Korea Armed Forces Athletic Corps’ ice hockey team he got into a traffic accident after coming back from a massage parlor last June, which caused a scandal as he had not asked for permission to leave his post.

After the incident became public, it was reported that the couple had separated.

Kim Yuna did not provide any official explanation about the breakup when the news came out last November.

Currently, the former figure skater is attending Korea University as a graduate student and is working as an honorary ambassador for the 2018 Pyeongchang Winter Olympics.