Kim is back to acting with ‘Heart’

Kim is back to acting with ‘Heart’ 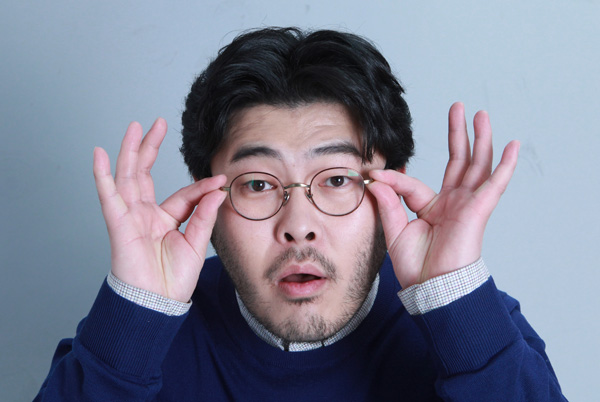 Some actors manage to leave a strong impression, even in supporting roles.

Kim Ki-bang is one of these people. He is known to be a directors’ favorite, because he almost always provides his characters with more than what’s written on the script.

And that’s exactly what he has been lauded for doing in the recently-concluded tvN drama series, “Heart to Heart.”

Kim made many scenes quite memorable with his cartoonish facial expressions and witty improvisation, including a scene where he breaks wind.

“Farting was not in the script,” he said. “But fortunately the director liked it and even added sound effects.”

For a recent interview with Ilgan Sports, an affiliate of the Korea JoongAng Daily, Kim prepared pages of answers, proving how affectionate he feels about his recent work. The 34-year-old said he wanted to visit the set even when he had no scenes to shoot because crew always had such a blast.

Q. What was it like shooting “Heart to Heart”?

A. There was nothing I didn’t like about shooting the drama. A lot of it had to do with director Lee Yun-jeong. It was an honor to work with her. She never scolds actors or yells at them. She’s always so smiley. Lee and the production crew also made sure the actors got at least two days off a week.

She makes sure that the actors do whatever they want to do, and that they enjoy their work. She also endows actors with certain characters when they struggle to find their image or persona. Also, in one scene that takes place at a police station, only 50 percent of what aired was on the script. The rest was all improvised by the actors.

Have you gone through any crisis since debuting in 2005?

Yes, before “Heart to Heart” actually. My past pieces weren’t really successful commercially. I was also frustrated at myself as I found myself acting with my head, not my heart. I was calculating where the camera angle was and how I would be filmed. My mentors told me that I was acting “fake.” But thanks to “Heart to Heart,” I think I’m back to being myself again, acting with my heart.

You’re also known to be a socialite.

I know, but it’s quite a burden. I just tend to befriend people quickly, so I know a lot of people. Also, my face is quite unique and most people remember who I am even if they saw me just once. But it’s not like I share my personal life and disclose intimate details to anyone.

In fact, even if I were an audience member, I wouldn’t want to see [a drama series or a film] where I’m in the leading role. I don’t want to cause damage to others just to satisfy my greed for the spotlight. To use a baseball analogy, I want to be a catcher, so that the director or co-actors can freely throw their deep trust in me. I want to be a catcher that catches any kind of ball.