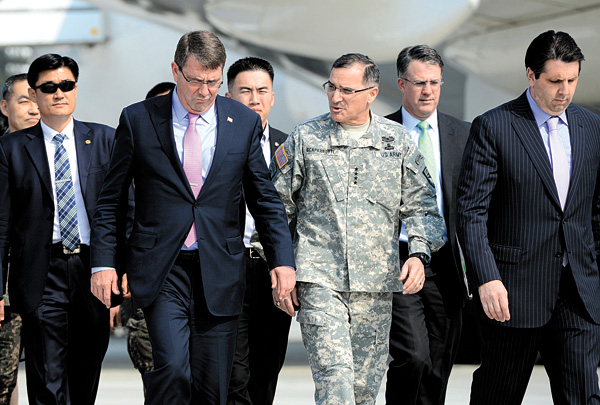 Ashton Carter, second from left, who was named the new U.S. Secretary of Defense in February, walks down the runway at Osan Air Base with U.S. Forces Korea Commander General Curtis Scaparrotti, third from right, and U.S. Ambassador to Korea Mark Lippert, right. He began his three-day visit to Korea on Thursday, his first trip to Asia in his new post. [NEWSIS]