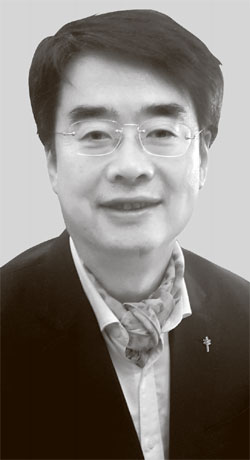 The President of the Korean National Tuberculosis Association believes South Korea’s help treating TB in North Korea could be beneficial for easing tensions on both sides.

In a recent interview, association President Jung Geun acknowledged the notion that treating TB in the reclusive state could thaw ties came about after working at the Green Doctors Open Hospital in Kaesong, North Korea.

“Treating TB in North Korea is significant because it is directly related to disease prevention in the South,” Jung told the JoongAng Ilbo. “Sincerity is necessary for the North to open up.”

On World Tuberculosis Day, which fell on March 24, he also stressed the importance of preventing the disease there, where most people don’t have access to quality medical care.

Following is an edited excerpt from the interview with Jung:

Q. Even though TB is a major concern in North Korea, South Korea is not also free from the disease.

A. About 40,000 South Koreans suffer from TB every year. Statistically, South Korea ranks first for the disease among countries [in the Organization for Economic Cooperation and Development, in terms of prevalence and death]. And North Korea reportedly has many more tuberculosis patients. Moreover, the strain of the disease pervasive in the country is multidrug-resistant, which makes the recovery period longer.

Why has multidrug-resistant TB spread in North Korea?

It’s because North Korea has been provided with the wrong vaccines, which were given to the country without specifically diagnosing patients. That led to the TB virus becoming more resistant against a certain type of vaccine. Poor nutritional status also had an impact on the situation. It’s safe to say the North is overwhelmed by the disease.

What solutions are there?

We need a medical center that specializes in TB examination in the Kaesong Industrial Complex and a tuberculosis sanatorium in Haeju, North Korea, under a bilateral agreement between the two Koreas. In 1974, East and West Germany already had a medical agreement to exchange information on epidemics. So I think the presidential committee for unification preparation and the Ministry of Unification must also push for such an agreement. If not, unification between the South and North will result in disaster because tuberculosis can be spread simply by coughing. Considering its accessibility to both Koreas, Kaesong is the best place to erect a medical center.

Why should a TB sanatorium be built in Haeju?

The first TB sanatorium in Korean history was built in Haeju. And the first Christmas seals [labels placed on mail to raise awareness for a certain cause] in Korea were issued by Dr. Sherwood Hall, the founder of the sanatorium, to raise funds for its construction. So it would be meaningful for the two Koreas to build a new sanatorium there. Looking back on my experience at Green Doctors, North Korea did not trust us and believed South Korea sent useless supplies. So we need to push for the project. It’s for North Koreans, but at the same time, this is also for the South in the long run.