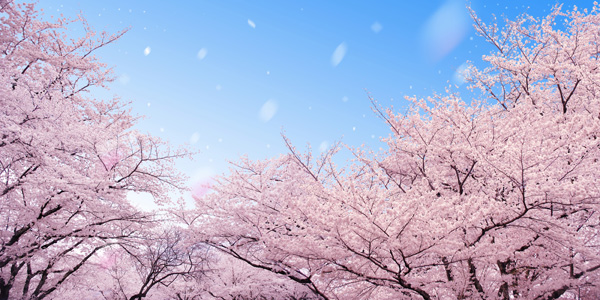 There are several indicators of the change from winter to spring, including a rise in temperature and people wearing thinner clothing outdoors.

But another signal is when music starts to blast out from the shops that have thrown open their doors, marking a change in the season.

Of all the tracks that portray the arrival of spring, it could be argued that “Cherry Blossom Ending” rules the streets right now.

The song is about a protagonist who wishes for a cherry blossom festival to end quickly because he feels lonely seeing all of the couples enjoying the event. 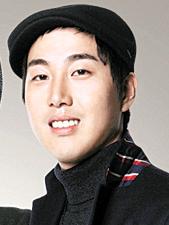 Since it was first released in March 2012, the song has reappeared in the Korean music charts every spring for four years in a row. This has led to it being labeled a “blossom zombie” by some music fans, referring to the fact that the track refuses to die and is resurrected each spring.

In the fast-paced music industry, in which a No. 1 song usually stays on the real-time music charts for less than 24 hours, it is rare for a song released three years ago to climb up the rankings again and again.

But “Cherry Blossom Ending” makes it into the list every spring. The commercial success of the song even meant that Jang Beom-jun, the 26-year-old singer who owns the copyright and was also Busker Busker’s lead singer, could purchase a building thanks to the royalties he earned.

It was reported in domestic media that Jang bought a building located in Daechi-dong, in the affluent area of southern Seoul, worth 20 billion won ($183,000) last year.

Because of this, some people also dub the song a “cherry blossom pension.”

It is not easy for a musician in Korea to gain such huge commercial success with a single song because of the country’s music profit distribution structure, which does not reward artists well.

“It is very desirable for a seasonal song like ‘Cherry Blossom Ending’ to reverse its way back up the chart every spring,” said culture critic Kim Heon-sik.

“The song’s constant reappearance proves that people approve of it,” he added.

According to Kim, Koreans pursue fast changes in music. A song gains a large number of people’s attention at once but is forgotten within a short amount of time. Under this environment, it is unusual for a single song to lead to such a long run of success.

Although there have been some other seasonal tracks released in the past, the huge success of “Cherry Blossom Ending” has motivated many musicians to release their own seasonally-themed tracks.

Ju Cha-ong, an official working for a public relations team at N.A.P. Entertainment, which is home to musicians such as K-pop boy group HIGH4, said, “Many entertainment agencies wish to release hit seasonal songs because singers can be brought up to attention every season even without appearing in the media.”

A boy group HIGH4’s song “Not Spring, Love, or Cherry Blossoms,” which was released in 2014 was sung with soloist IU and is frequenting major music charts this year, too.

But not every single seasonal song becomes a huge hit like “Cherry Blossom Ending.”

“In order to become a hit seasonal song, it needs to include objects and symbols that the public expects from the season instead of talking about the season itself,” Kim added.

As Kim pointed out, “Cherry Blossom Ending” constantly mentions various themes that come to mind when people imagine spring such as a cool breeze, cherry blossoms flying in the air and couples who hold hands at festivals for the flowers.

Kim added that “Cherry Blossom Ending” also had the perfect formula to become a hit because of its “cheerful melodies along with its sad lyrics.”

“In that sense, the song’s contrasting melodies and lyrics are contributors to its success,” said Kim.

In addition to “Cherry Blossom Ending,” there are many other hit seasonal songs that include what pop culture critic Kim claimed are key factors for success such as “Not Spring, Love or Cherry Blossoms” by HIGH4 and “A Woman on the Beach” released in 1997 by the now split-up dance trio Cool.